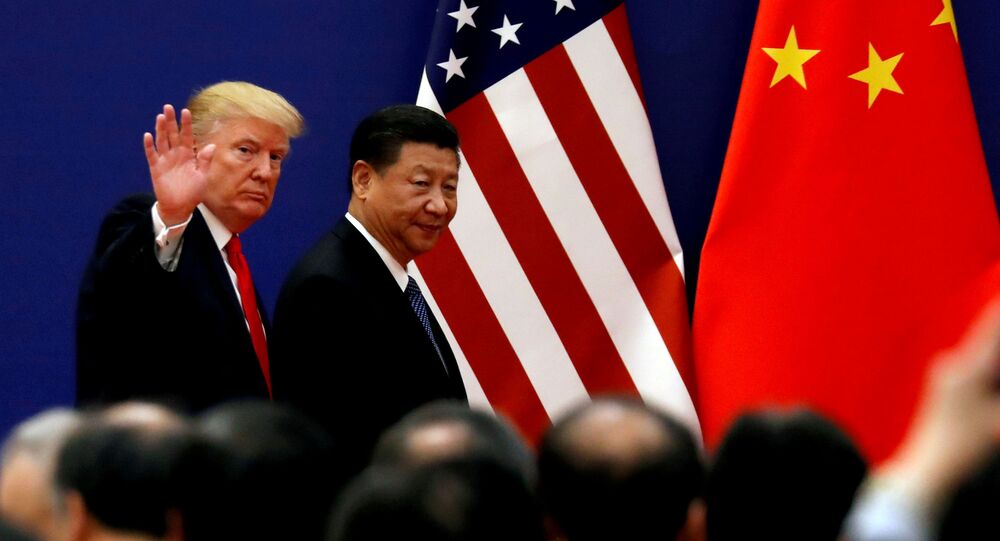 The Trump administration is sending a high-level delegation to meet with Russian counterparts in Geneva this week to pursue a new arms control treaty that will also include China, The New York Times reported Monday.

According to US-based media, the White House, however, is not interested in renewing the 2010 New Strategic Arms Reduction Treaty (START) that expires in 19 months, despite Russia's efforts to salvage the deal.

The delegation to Geneva will be led by US Deputy Secretary of State John Sullivan, and will include Tim Morrison, who is taking over as Trump’s top Russia adviser on the National Security Council staff, plus representatives from the Pentagon, the National Security Agency and other agencies, The NYT reported. The Russian delegation will be led by the deputy foreign minister Sergei Ryabkov.

According to Reuters, citing officials, China is not a party to nuclear arms pacts between the United States and Russia and it is unclear how willing Beijing would be to be drawn into talks.

Chinese officials have rejected the idea of a new arms control deal regardless of how it is negotiated, citing, among other things, Trump’s decision to pull out of the Intermediate-Range Nuclear Forces (INF) treaty as evidence that Washington cannot be trusted, according to the NYT report.

The US State Department revealed earlier that Sullivan and Thompson will head to Brussels on 18 July to brief Allies at NATO headquarters following their Geneva meeting.

Trump first announced his intention to withdraw from the arms control treaty October 2018, arguing that it was "unacceptable" for Washington to continue to adhere to the agreement while both Russia and China were allegedly developing prohibited weapons. The country eventually suspended its obligations under the treaty on 2 February, triggering a six-month withdrawal process, which it promised to complete if Russia did not resume full compliance with the deal. Russia followed suit shortly thereafter.

Moscow and Washington are still bound by the New  START, treaty, which introduced new limits on the number of deployed nuclear warheads, missiles, heavy bombers and launchers.

However, this agreement is also hanging by a thread because it is set to expire in February 2021, and the two parties have not yet discussed an extension.

The arms control issue has become especially urgent for Russia and the United States, which together house the world's largest number of nuclear weapons, after the suspension of the landmark INF Treaty, which provides for the destruction of all cruise and ground-launched ballistic missiles with ranges between 500 and 5,500 kilometers (310 and 3,400 miles).

The INF Treaty was signed in 1987 by then-president of the Soviet Union, Mikhail Gorbachev, and then-US president, Ronald Reagan, amid the Cold War, which put the world on the brink of nuclear disaster.

The United States has repeatedly voiced concerns over Russia's 9M729 missile, which, according to Washington, violates the provisions of the nuclear treaty.

Moscow, however, has refuted US accusations as unsubstantiated, insisting that the missile was tested at the range permitted by the INF Treaty, and said that it was open for dialogue.