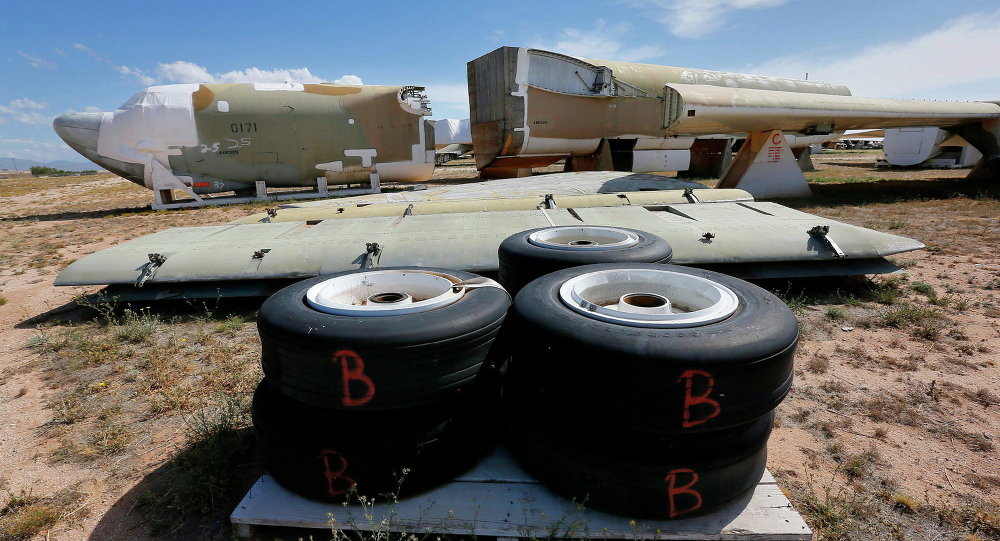 MOSCOW (Sputnik) - Since the possibilities for Russia and the United States to reach a consensus on the Intermediate-Range Nuclear Forces (INF) Treaty have been exhausted, the two countries must concentrate on finding common ground for extending the New START (Strategic Arms Reduction Treaty), experts said.

The United States suspended its obligations under the INF Treaty on 2 February and warned that it would launch a withdrawal process which would be completed in six months, unless Moscow remedied alleged violations of the bilateral arms control deal.

In response to Washington's move, Russian President Vladimir Putin announced that Russia had suspended its obligations under the treaty as well. Earlier on Wednesday, Putin signed a federal law that officially suspended the 1987 INF Treaty, with a relevant document posted on the official legal information website.

Former UN High Representative for Disarmament Affairs, Angela Kane, doubted that the negotiations on the INF Treaty might be revived, noting that the high-level talks on the matter between the leaders of the two countries had so far failed to yield any positive result.

"Meetings between two important leaders are always positive. While we do not have a readout of the most recent meeting, we should also recall previous one-on-one meetings between presidents [Donald] Trump and Putin, like the one in Helsinki, which did not result in a positive resolution of the dispute about the INF Treaty", Kane said.

According to Kane, there is little chance that Moscow and Washington will manage to arrive at a compromise on the INF Treaty, which makes the issue of the 2010 New START extension increasingly important.

"At this stage, I do not believe it is possible to revive the INF. The focus should now be on extending the New START", Kane stressed.

Michael Brenner, a professor of international relations at the University of Pittsburgh, called into question the possibility of resuming the negotiations on the INF Treaty, mentioning at least four reasons.

"First, Trump and his advisers are dedicated to freeing the US from restraints or obligations imposed by all-manner of international treaties and institutions as a matter of principle ... Second, expanding American military presence in all regions and by all means has powerful momentum — institutional, doctrinal, bureaucratic, budgetary [...] Third, Russia has been so completely stigmatized as the United States' number one or number two security threat that there is no political resistance to such moves. Fourth, Trump is so untrustworthy and mercurial that it's very difficult to do serious business with him", Brenner noted.

Howard Stoffer, an associate professor at the University of New Haven and former US diplomat who also served as adviser to the US-Soviet negotiations on the two landmark treaties, stated however that it was possible for the two countries to revive the treaty if enough pressure was exerted.

"It is possible for the Americans and Russians to re-establish this treaty if, for example, President Trump was not to be reelected and a Democrat came to power. Democrats sure would want to at least explore the possibility of reviving the treaty, destroying the weapons that have been deployed, maybe, strengthen the inspections", Stoffer argued.

"It is equally as important, if not more important, that the [New] START treaty, which comes due in 2020 [...] be extended", Stoffer said, adding that the extended treaty might potentially reflect the need for deeper reductions in strategic nuclear forces between the United States and Russia.

Joshua Pollack, a scholar at the Middlebury Institute of International Studies and a leading expert on nuclear and missile proliferation, recalled a recent remark by US National Security Adviser John Bolton who believed that the new START should not be prolonged since it did not control tactical or non-strategic nuclear weapons.

"It may seem absurd to demand all or nothing, but then, this is also the administration's approach to North Korea, and even more so to Iran. I see this pattern as an indicating the lack of a desire to consider compromises, in part, but also a lack of much interest in arms control agreements in the first place. But that is only to be expected with John Bolton as national security adviser", Pollack stated.

Kane stressed that in the current environment, where many states were upgrading military arsenals and hardware, new arms control and disarmament limitations were necessary.

"We must attempt to prevent any further increase in the arms spiral. It has been reported that China is increasing the number of missiles, and it would therefore be extremely desirable for China to be included in a treaty to limit the range and number of missiles", Kane underlined.

She argued, however, that it would be short-sighted for the United States and Russia to first conclude a bilateral agreement and then invite China to join.

"China would want to have input into the negotiations of a treaty that she is expected to join; it would be unrealistic to expect otherwise", Kane observed.

Stoffer, for his part, believes there was little chance to make China engage in negotiations on joining the arms control regime, as the majority of China's weapons were intermediate-range.

"They do have some long-range missiles that are capable of reaching the United States or Europe or other potential targets, but a large percentage of their nuclear weapons are intermediate-range. So there is no incentive for China at the moment to sit down and say ‘We are going to get rid of huge percentage of our nuclear weapons,’ which would be a higher percentage that the Americans and Russians have by eliminating theirs. I do not see that kind of dynamic taking place", Stoffer pointed out.

Another counterargument for China to participate in the negotiations may be distrust in the US president, according to Brenner.

"The Chinese leaders mistrust Trump even more than Putin does. They see this talk of China entering into arms control accords as part of the American strategy to restrict their influence worldwide — in every sphere. Anyway, military power is not central to their strategic plans. Their main interest is to forestall Washington's ability to employ military power to establish or maintain governments dependent on it", Brenner explained.

Pollack, meanwhile, expressed the view that Trump's suggestion to include China in future nuclear talks, which sounds reasonable in the abstract, might have been done to derail any possible progress of such talks, since the chance that the three nuclear powers could come to an agreement were extremely slim.

Russian Embassy in US Says Moscow, Washington Not in Contact on New START Treaty