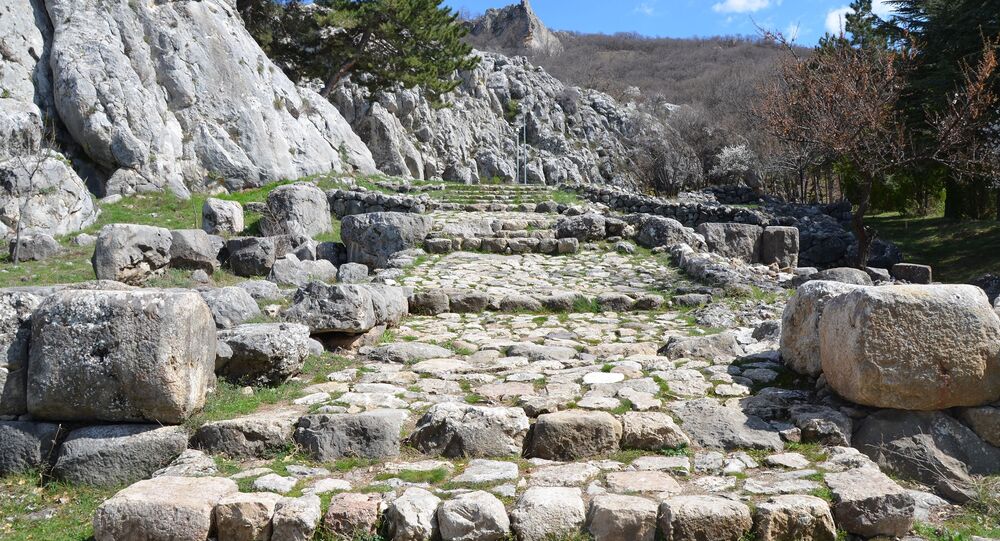 Hattusa, a city in northern Turkey, is known for its mysterious ancient religious sanctuary featuring processions of gods walking towards two deities - the purpose of which has long puzzled experts.

A mysterious series of Bronze Age carvings at an ancient site in what is now northern Turkey, showing three processions of gods heading in the direction of two supreme deities, may have been a calendar “way ahead of its time”, claim scientists.

Eberhard Zangger, co-author of the research and president of the international non-profit foundation Luwian Studies, told the New Scientist that ancient people used the carvings as a form of calendar, moving stone markers back and forth along benches beneath the carvings in order to keep track of time.

The study, the full findings of which have been published in the Journal of Skyscape Archaeology, claims that under each line of gods the markers would have been used to keep track of lunar days, the months and a third, 19-year cycle that was part of a calendar correction, when every 19 years an extra month was added in the so-called Metonic cycle, to keep pace with the solar year.

Dubbed “Yazılıkaya”, or “inscribed rock” by scholars, the site is just a few kilometres outside the city of Hattusa, lying in what is currently northern Turkey and was capital of the Hittite Empire during the Bronze Age.

The carvings are in a roofless limestone chamber, with the northern wall featuring the sun-goddess Hebat and the storm-god Teshub, supreme deities of the Hittite pantheon.

On the east and west walls on either side of the chamber there are lesser carved deities marching in two processions towards Hebat and Teshub.

The procession of carved gods on the western wall fall into two groups, one containing 12 figures and the other 30.
The eastern wall sports 17 deities, but according to engravings and gaps in the procession, Dr Zangger and his colleague Rita Gautschy, an historian from the University of Basel, claim once there were two more.

The researchers propose that the numbers of these gods — 30, 12 and 19 — signify the first two correspond to the lunar cycle and the passing months.

The scholars believe the Hittites used the final procession of 19 carved gods to track progress through the Metonic cycle and work out when to add the crucial extra month every 19 years.

“It’s not only a striking idea, it’s reasonable and possible,” Juan Antonio Belmonte of the Institute of Astrophysics of the Canary Islands, Spain — who wasn’t part of the work — told the New Scientist, as he applauded the researchers for noticing that the Yazılıkaya deities may have been used to follow a Metonic calendar cycle.

Both Hattusa and Yazılıkaya are designated UNESCO world heritage sites.