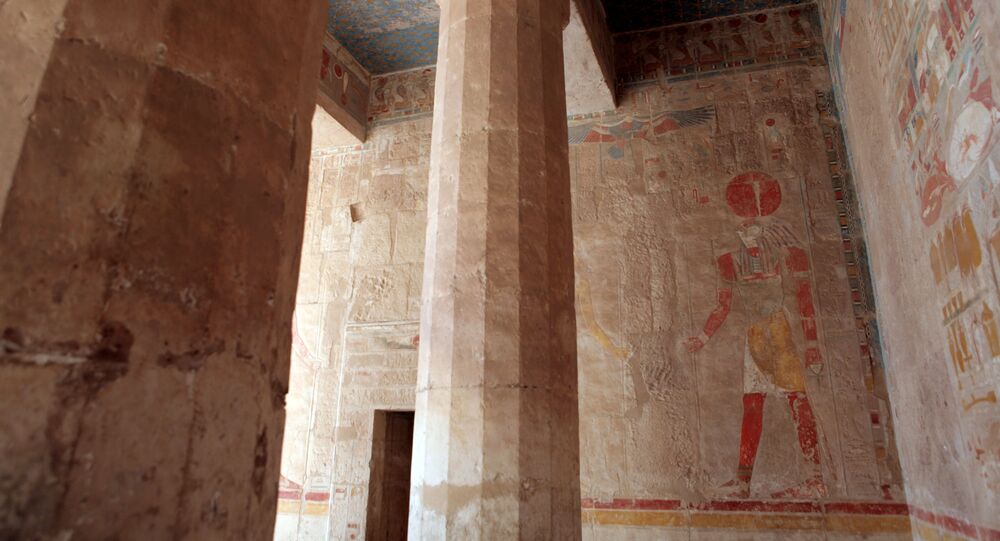 In ancient Egypt, men inherited the throne. So, when Hatshepsut, who was often depicted as a man, found herself in charge after the untimely death of her husband, the remarkable woman realised the only way to rule Egypt was to be better than any king.

New secrets of Egyptian pharaoh Queen Hatshepsut’s tomb have been revealed to viewers in a fascinating documentary that offers a glimpse into usually off-limits parts of the temple.

A1. Hatshepsut was the first woman to obtain the full powers of the Pharaoh. Soon after her death, Hatshepsut’s name was chiselled away from her temples, but despite efforts to reduce her to dust, this Pharoah queen's colossal monuments have withstood the centuries. pic.twitter.com/Aq1HlDiRKr

​In the Channel 5 documentary, The Nile: Egypt's Great River With Bettany Hughes, the presenter leads viewers into mysterious sections of the Egyptian pharaoh's temple that are rarely glimpsed.

There, hidden wall carvings hint at an illicit affair of the remarkable woman 3,500 years ago with a courtier, Senenmut. As the scholar explores the tomb she points out that Senenmut’s presence seems to be everywhere.

“This is Senenmut – not a member of the royal family and yet beautifully depicted all over the Queen of Egypt's temple.”

“By hiding the wall carving of Senenmut behind closed doors, perhaps Hatshepsut was trying to keep her relationship with the local under wraps,” says the host of the documentary.

It had long been believed that Senenmut, who oversaw the temple’s construction and tutored Hatshepsu’s daughter, had been singled out by the Queen.

​In ancient Egypt, men inherited the throne - there wasn't even a word for queen. So when Hatshepsut, who was often depicted as a man, found herself in charge after her husband's early death, it became obvious to her that her only chance was to rule Egypt better than any king could.

​“You get the sense she wanted to outdo any man,” Bettany explains, adding that the temple was unlike anything Egypt had ever seen before, with a design that was progressive.

The temple walls reveal more about the intriguing woman, who dispatched delegations across the sea to bring ivory and gold from places other Egyptian rulers didn't manage to reach.

As a woman living in Egypt's golden age, Hatshepsut was prohibited by her gender from ascending the throne even though she was of royal lineage.

Although a pharaoh needed a queen to reign with him, she could never rule alone.

Hatshepsut refused to submit to this, and in an intriguing approach that somehow worked, claimed she was married to the king of the gods and therefore had as much right to sit on the throne as any pharaoh.

Thus, Hatshepsut was crowned in around 1,473BC, changing her name from the female version Hatshepsut - meaning Foremost of the Noble Ladies - to the male version, Hatshepsu.