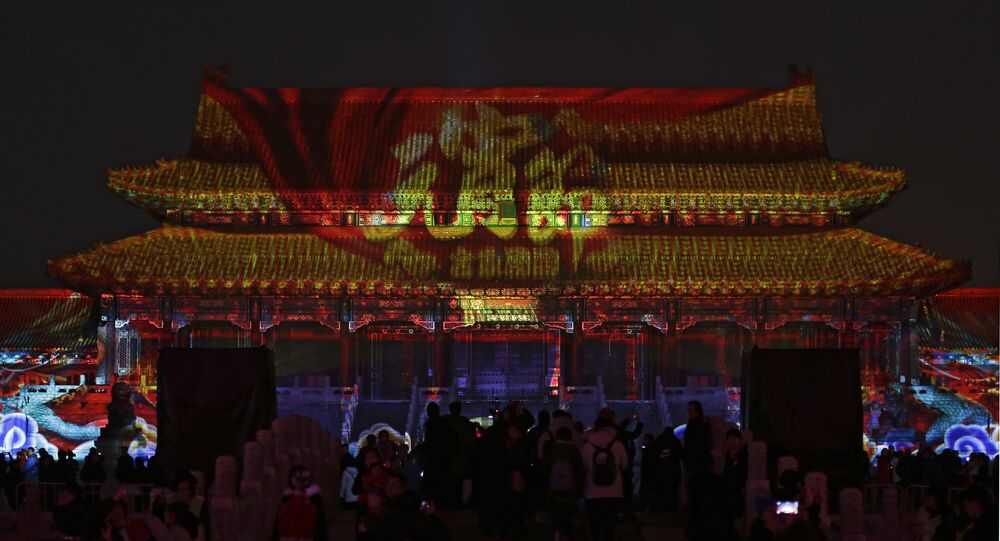 Earlier this month, US President Donald Trump increased tariffs on $200 billion worth of Chinese goods to 25 percent from the previous 10 percent rate.

China's Commerce Ministry spokesman Gao Feng stated Thursday that the US needs to behave rationally and correct its dangerous actions if Washington wants to continue trade talks with Beijing. He also noted that China had lodged "a solemn protest" against American moves regarding Huawei.

In the meantime, the US has also blacklisted telecom giant Huawei and its 70 affiliates, restricting their activity in the country and prompting numerous companies across the globe to suspend collaboration with the Chinese corporation, accusing it of espionage.

READ MORE: Nike, Adidas Up in Arms Against Trump's Tariffs on 'Made in China' Shoes

© AFP 2021 / HECTOR RETAMAL
Apple Warned of Troubles in China Amid US Crackdown on Huawei
As a result, Google suspended its business operations with Huawei, barring the company from updates to its Android operating system.

The economic conflict between the two states started after Washington imposed duties on Chinese steel imports about a year ago. Since then, both sides have repeatedly slapped billions of dollars' worth of retaliatory tariffs on each other.