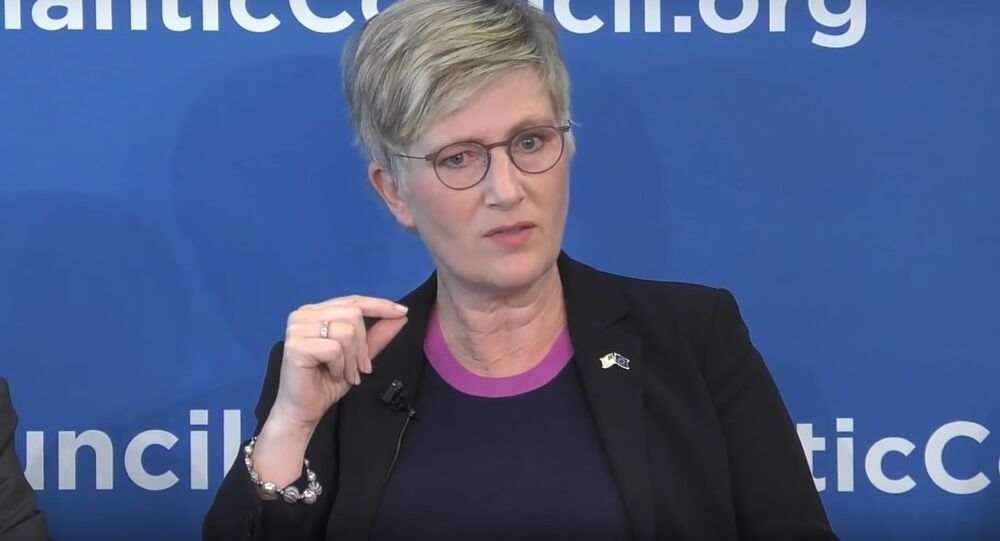 The US-European united transatlantic front on sanctions took a hit this week, with Brussels warning that it would retaliate if Washington moved forward with plans to impose a sanctions regime on foreign investments in Cuba which threatened European companies.

The two new anti-Russian sanctions bills currently working their way through Congress have nothing to do with Europe and are the US' own internal business, Caroline Vicini, deputy head of the European Union's foreign delegation in Washington has said.

"With the sanctions that are now up on the Hill, it puts us in a very unfortunate situation in the EU, because we have to go up and lobby, and seem to look like we are standing on the Russian side, when actually we are standing on the US side. We want to contribute, but we cannot take responsibility for all kinds of actions that are happening here. The Russian interference in US elections – that is US business, how you go about it. And it's US internal politics, much more than having anything to do with Europe," the diplomat said, speaking at a conference in Washington, DC on Wednesday.

© REUTERS / Alexandre Meneghini
EU to Respond if US Imposes Sanctions on Investments in Cuba - French Minister
According to Vicini, while the EU was concerned about alleged Russian meddling in the US election, she didn't think it was proper that that Europe "should carry the burden for what is US business, and often internal business."

Recalling that the EU fully supported US sanctions measures against Russia in 2014, and noting that Brussels has continued to work to keep them in place, despite internal disagreements between EU members, Vicini said it was important to recall that Europe "actually took a much bigger hit than the United States" with the sanctions' economic consequences.

Vicini also called for more "due diligence" from Europe's US partners, saying that the threat of US sanctions against Russian businessman Oleg Deripaska had actually "threatened to wipe out the whole aluminium sector in Europe," with that danger passing by a margin of just three votes in the Senate after Washington decided to lift the restrictions on companies linked to Deripaska.

© AP Photo / Fernando Llano
EU Refiners Turn to Russian Crude as US Slaps Venezuela With More Sanctions – Report
According to Vicini, the EU was not even part of the discussion which could have cost the EU 75,000 jobs and wiped out an entire sector of the economy, and which was all based on "domestic [US] politics."

Ultimately, the diplomat warned that she had doubts about 'sanctions fatigue' in the US following the collapse of the Russiagate narrative, saying both Congress and the Trump administration seemed to remain "in full swing when it comes to sanctions, unfortunately. Today we expect the waiver of Helmes Burton being lifted, which will hit European companies that has activities in Cuba. And it's another hit against European business for American political purposes," she said.

Congress has two new pieces of anti-Russian legislation in the pipeline, including the DETER Act and the DASKA Act, each targeting 'tough' measures including bans on operations with Russian state banks, sanctions on investment in Russian energy companies, the targeting of Russian sovereign debt, and restrictions on Russian nationals accused of cyberattacks.

The US has already slapped Russia with over two dozen packages of sanctions over the 2014 Ukraine crisis, alleged Russian meddling in the 2016 US presidential election, and the March 2018 poisoning of a former Russian spy in the UK (for which the UK and the US blamed Russia). Russia has denied claims of wrongdoing in all three instances, calling meddling claims "completely unsubstantiated" and complaining that it did not receive access to the spy poisoning investigation or diplomatic access to its citizens in the aftermath of the alleged attack.