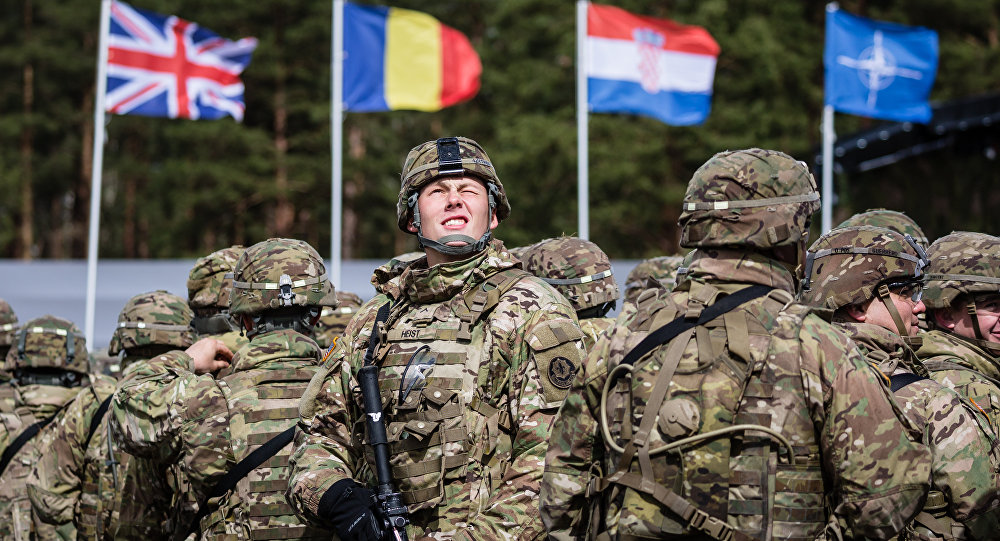 Spain Dismisses US Appeal for NATO Personnel in Syria

Two months ago, US President Donald Trump made a surprise decision to bring American troops back home from Syria, having declared victory over Daesh. Washington's European allies, however, seem to disagree with the move.

Spain's Foreign Minister Josep Borrell has dismissed a US appeal for NATO member-states to fill the void left by its impending pull-out from Syria at a Saturday briefing in Munich.

"Requests between countries aren’t made in press releases or conference comments. Spain and the majority of countries aren’t prepared to step in for the US after a withdrawal that was decided in a unilateral way, by surprise", Borrell said.

His remark was made on the heels of an earlier comment by US Vice President Mike Pence on the margins of the security conference, as he addressed the US unilateral decision to bring its troops home from Syria.

“This is a change in tactics, not a change in mission. The United States will keep a strong presence in the region. We recognise it will not be enough to simply reclaim the territory of the caliphate. As we enter this new phase, the United States will continue to work with all of our allies to hunt down the remnants of ISIS [Daesh] wherever and whenever they rear their ugly head".

Speaking with reporters at the Munich Security Conference, US Vice President Mike Pence appealed to NATO allies and other partners to provide "the resources and the support and the personnel" necessary to prevent a resurgence of Daesh* once the US troop withdrawal is completed, Bloomberg reported.

In a parallel development, President Donald Trump took to Twitter to urge a number of European nations to "do the job" and take back the Daesh militants captured by the US in Syria:

Last December, President Trump decided to deliver on his campaign promise and withdraw US troops from Syria, having declared victory over Daesh.

© AFP 2019 / Thomas Kienzle
‘Far Apart’: Chancellor Merkel Wins Applause Confronting US VP Pence – Report
His decision was met with condemnation and regret by his administration officals and allies across the world, which stressed that the self-proclaimed caliphate still remains a threat despite its territorial and human losses.

Since 2014, the US-led coalition has maintained a military presence in Syria without either a UN mandate, or authorisation from Damascus – something which the Syrian government considers illegal.

US Wants ‘Arab NATO’ to Preserve Its Interests in Mideast - Scholar