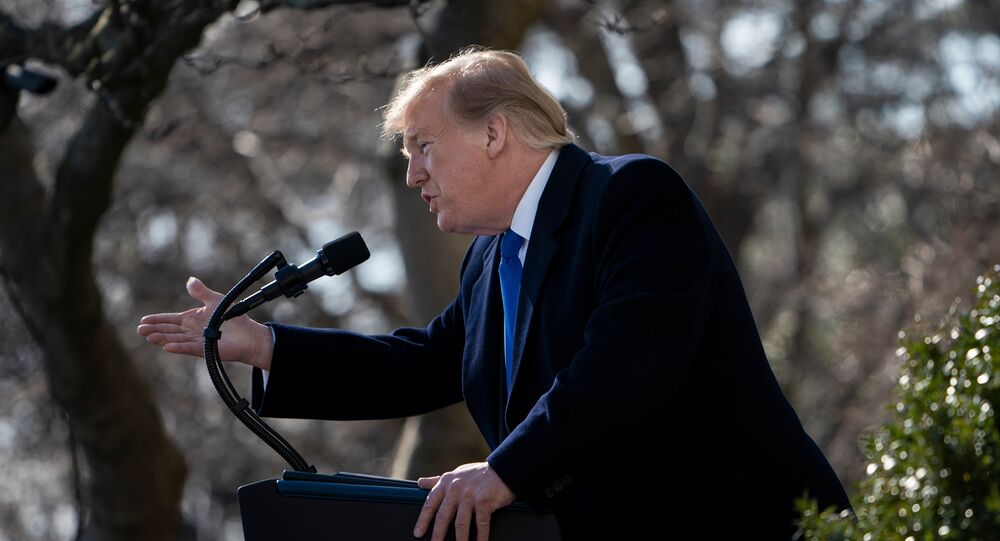 US President Donald Trump on Saturday urged "Britain, France, Germany and other European allies" to take back the Daesh militants captured by the US in Syria, hinting at the release of the fighters if Washington’s EU allies refuse to put them on trial.

In a twitter post, Trump said that "the U.S. does not want to watch as these ISIS [Daesh] fighters permeate Europe, which is where they are expected to go", hinting at the efforts made by the US troops in Syria on fighting Daesh and its associates.

According to The Sunday Telegraph, US administration officials fear that some of the 800 detained fighters could wreak havoc unless European governments put them on trial. Moreover, senior US officials have reportedly warned that the EU is running out of time to take back the jihadists captured in Syria.

© AP Photo / Metropolitan Police
Justice Secretary Warns of 'Dangers' for UK Public Amid Reports of Daesh Bride Return
The terror threat has remained high in the EU in recent years. European countries have faced a number of bloody terror acts, including a concert bombing in Manchester on 22 May 2017, which claimed lives of 23 people.

According to Scotland Yard, around 200 UK jihadists who went to Syria to fight alongside Daesh militants are thought to be alive and could decide to return, something that could pose a serious threat to European security.

Meanwhile, the Combined Joint Task Force-Operation Inherent Resolve (CJTF-OIR) announced in a press release on Thursday that some Daesh fighters and their associates are trying to escape the battlefield in Syria by hiding among civilians fleeing the fighting.

The United States has been operating in Syria at the helm of an international coalition since 2014, without securing approval from either Damascus or the United Nations Security Council.

© Photo : YouTube/SDF Press Center
Daesh Fighters Dressing as Women to Avoid Capture by YPG in Syria – Reports
While President Donald Trump declared in December that Daesh had been defeated, a report by the inspector general described the terror group as a potent force of battle-hardened and well-disciplined fighters that continues to be able to coordinate offensives and counter-offensives, as well as operate as a decentralized insurgency.

In January, the US Senate rebuked Trump's plan to begin withdrawing US forces from Syria and Afghanistan, with lawmakers approving legislation sponsored by Majority Leader Mitch McConnell opposing a troop pull-out. Certain members of the US Congress and Trump's White House advisers have attempted to walk back the president’s announcement that some 2,000 US troops in Syria would come home within a month, stressing that Daesh is not yet defeated.