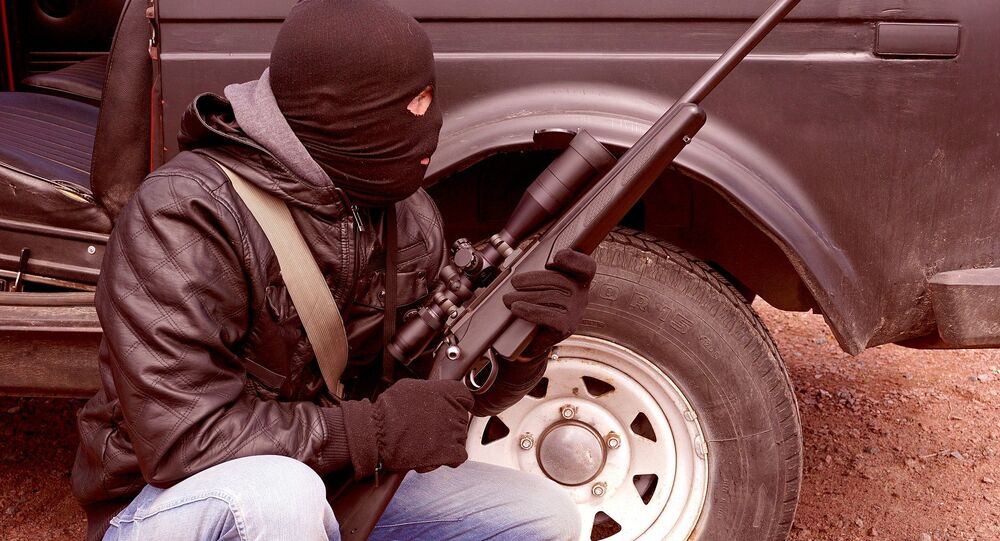 While SDF commanders have claimed that they are currently liberating the last village held by jihadists in eastern Syria, hundreds of civilians and former terror group members are fleeing the Daesh-controlled area, with their former lovers not infrequently putting a spoke in their wheels.

Daesh* fighters have shot fleeing families trying to escape from Baghuz, the last remaining Daesh enclave located not far from the border with Iraq in Deir ez-Zor province, according to a coalition commander, British Maj. Gen. Christopher Ghika said, cited by British media.

While over 1,500 civilians have fled the last Daesh stronghold in Syria in the last several days, arriving at so-called screening points, where new arrivals are checked by SDF members, hundreds reportedly remain trapped inside. According to Ghika, those “arriving to be screened are the wives of Isis [Daesh] fighters, some of whom sustained gunshot wounds while fleeing from Isis”.

Those fleeing, as well as the coalition’s efforts to recapture the territory have, meanwhile, been considerably hindered by “tunnels” in the area, “IEDs and suicide cars and bombs that slow down the advance of our forces”,  said Adnan Afrini, the SDF commander in Baghuz, who portrayed the area surrounding Baghuz as a “rabbit hole”:

“There is a network of tunnels that the terrorists are using, and our forces need to clear the tunnels very delicately to avoid counter-attacks and explosives”, he said.

The battle to claim victory over the terrorist group’s last speck of land is now drawing to an end, Kurdish commanders said, with Mustafa Bali, a Syrian Democratic Forces (SDF) spokesman, stating that the fighters who remained there appeared to be among the most experienced Daesh elite who continue to fight “fiercely”.

Those fleeing, as well as foreign fighters, who along with their families, at some point joined Daesh, are reported to be being intimidated by the terrorist group, which is threatening them with death if they leave the fight:

“They said that the Kurds would humiliate our women, that men would search them. They said we were walking into the jaws of wolves. They intimidated people and we had to be smuggled out. It was very dangerous”, said Jumah Hamdi Hamdan, 53, a former Daesh supporter who fled the area together with his family on Saturday.

US President Donald Trump said on Monday that the US-led coalition may finally defeat and declare victory over Daesh in the region in the coming days:

Separately, in December, Trump asserted that the US is altogether pulling its troops out of the region, announcing that Daesh had been “beaten”.