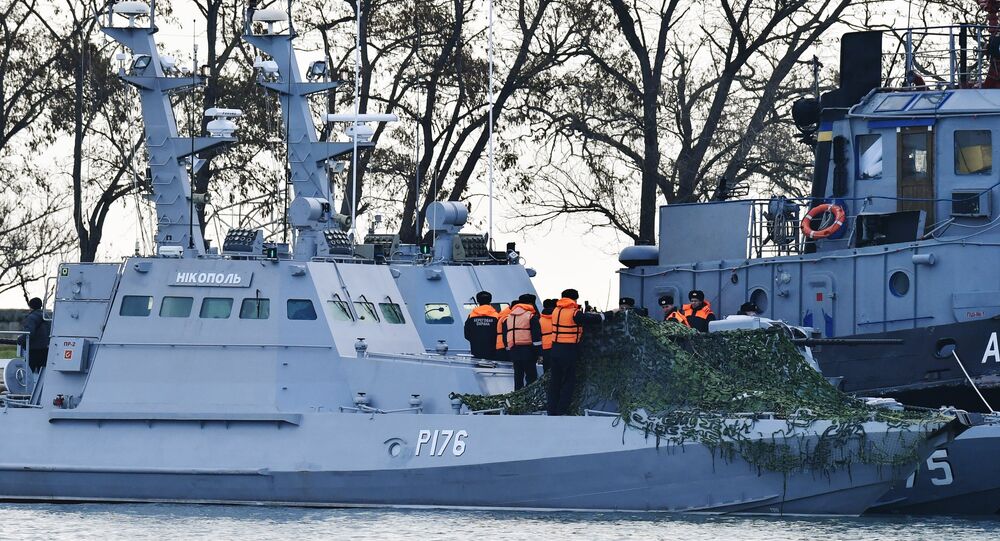 Tensions between Russia and Ukraine escalated last Sunday after Ukrainian gunboats violated Russia's maritime borders around Crimea, prompting Russian border guards to storm the boats and detain their crews. US allies France and Germany have reportedly refused to consider new sanctions against Moscow over the incident despite pleas by Kiev.

US Special Representative for Ukraine Negotiations Kurt Volker has called on Washington and Brussels to consider new sanctions against Moscow over last Sunday's incident in the Kerch Strait.

In an interview for Suddeutsche Zeitung, Volker, a former CIA analyst and NATO staffer, said that it "would be very good if the Europeans looked at additional sanctions, and we in Washington were to do the same."

© Sputnik / Vladimir Astapkovich
Trump: Kerch Strait Incident ‘Sole Reason’ for Cancelling G20 Talks With Putin
Stressing that "the Russians must release the Ukrainian ships and sailors and come back to the negotiating table to resolve this conflict over the long term," Volker recalled that Sunday's Kerch Strait incident broke off a meeting he was meant to have with Russian Ukraine negotiator Vladislav Surkov.

Russia detained three Ukrainian Navy vessels and their 24 crewmembers, including two members of Ukraine's Security Service, after they violated Russia's maritime borders and engaged in dangerous maneuvers in and around the Kerch Strait last Sunday. Russian President Vladimir Putin called the incident a pre-planned provocation, and said it seemed to be connected to Ukrainian President Petro Poroshenko's low approval ratings ahead of next spring's presidential elections. Kiev introduced martial law across ten regions of eastern and southeastern Ukraine on Monday, using the Kerch Strait incident as a pretext.

Saying he did "not want to judge" Kiev's decision to introduce martial law across part of the country, Volker said only that the process "must not hinder the democratic process within Ukraine."

According to Volker, the Kerch Strait incident was "secondary" to what he said was Russia's "annexation" of Crimea, "which is recognized neither by us nor by the Europeans."

Russian Defense Ministry press service
Pantsir-S Missile Battalion Enters Service in Crimea After Kerch Strait Incident
Crimea broke off from Ukraine and rejoined Russia in March 2014, a month after the Western-backed Maidan coup in Kiev overthrew the country's unpopular but democratically elected government. Crimean authorities' request to reunify with Russia was preceded by a peninsula-wide referendum in which over 96 percent of residents voted in favor of the move. Crimea's reunification with Russia came almost exactly 60 years after Soviet leader Nikita Khrushchev transferred it from the Russian Soviet Federative Socialist Republic to the Ukrainian Soviet Socialist Republic in February 1954.

On Thursday, a diplomatic source in Brussels told Sputnik that France, Germany and several other EU members rejected calls to toughen sanctions against Russia over the Kerch Strait incident despite Polish eagerness to slap Russia with new restrictions at a meeting of the EU Political and Security Committee.