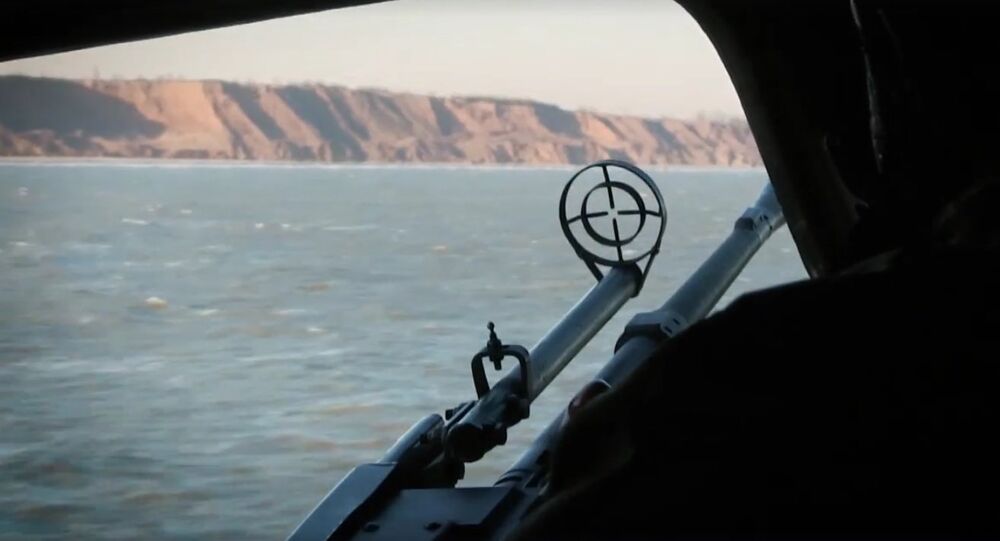 Earlier, Kiev called on NATO to deploy warships in the Sea of Azov after last Sunday's incident which led Russia to seize three Ukrainian warships for illegally entering Russian territorial waters in the Kerch Strait.

The Ukrainian military has carried out drills along the coast of the Sea of Azov, with the exercises' main goal being the defeat of 'enemy air targets' approaching from the sea, the press service of the Ukrainian military's Joint Forces Operation has reported.

Ukraine began a military buildup in and around the Sea of Azov earlier this year. Along with the construction of a naval base, Kiev has concentrated military aviation, ground forces and border patrol units in the region. Ukraine previously held drills in the region on November 23.

© Sputnik / Sergey Mamontov
Kiev Claims Kerch Strait Provocation Meant to Show Capabilities of Its Vessels
Tensions between Russia and Ukraine hit a new low on November 25 after Ukrainian Navy gunboats violated Russia's territorial waters and proceeded to engage in dangerous maneuvers in and around the Kerch Strait. Russian border guards stormed the vessels and captured the vessels' crews. The vessels were later revealed to contain members of the Ukrainian Security Service (SBU), who are thought to have coordinated the operation.

Russian President Vladimir Putin called the incident a provocation, planned in advance, and said it was likely connected to Ukrainian President Petro Poroshenko's low approval ratings ahead of upcoming presidential elections in Ukraine. Poroshenko introduced martial law across ten regions in eastern and southeastern Ukraine on Monday, using the Kerch Strait incident as a justification.

24 Ukrainian nationals, including sailors, naval officers and SBU officers remain under arrest until January 25, 2019. If convicted of illegally crossing the Russian state border, they may face up to six years in prison.