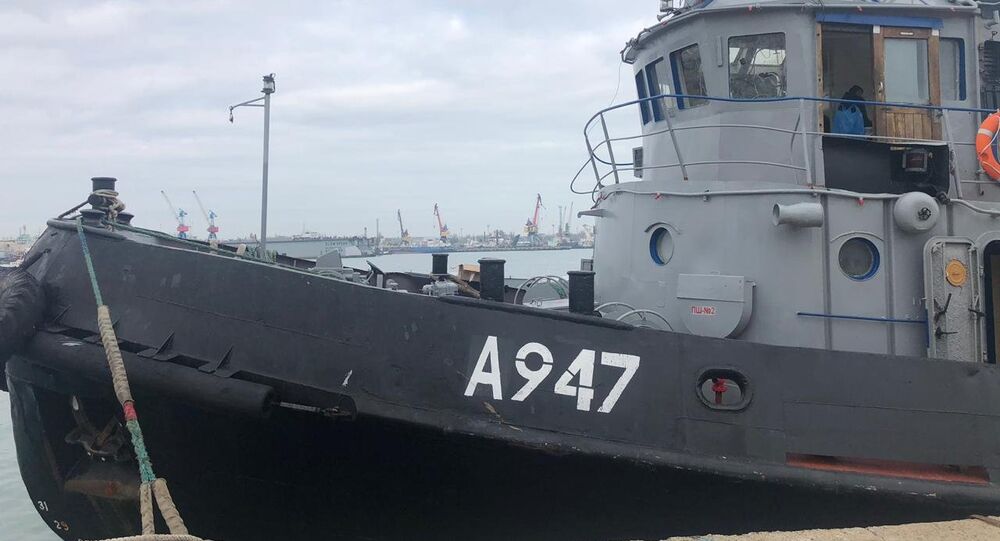 The Kerch Strait incident took place on Sunday when three Ukrainian naval vessels, heading from the Black Sea to the Azov Sea, tried to pass through the strait without obtaining permission from Russia and thus illegally crossing the country's sea border.

European Council President Donald Tusk said on Friday he was sure that the EU leaders would roll out new sanctions against Russia due to Moscow's response to Ukraine's naval activity in the Kerch Strait.

"The de-escalation in the Sea of Azov is a cause of a grave concern to us, and of course Russia's use of force against Ukrainian ships is totally unacceptable… Europe is united in its support of Ukrainian sovereignty and territorial integrity. And this is why I am sure that the EU will roll over the sanctions against Russia in December," Tusk said at a press conference during G20 summit.

© REUTERS / Murad Sezer
Ukraine to Ask Turkey to Close Bosphorus to Russian Ships Amid Kerch Strait Rift
The statement comes after NATO spokeswoman Oana Lungescu said that NATO will "continue to assess its presence in the Black Sea region", where the alliance's ships are carrying out routine patrols and drills.

The NATO's move follows the incident in the Kerch Strait, which took place last Sunday: two Ukrainian gunboats and a tugboat entered Russian territorial waters illegally as they tried to sail through a temporarily closed area in the strait. Their crews were detained by the Russian border service.

Commenting on the incident, Russian President Vladimir Putin described it as a provocation, which was likely related to the low approval rating of Ukrainian leader Petro Poroshenko ahead of the upcoming presidential election.

After the incident, the Ukrainian authorities on Monday introduced 30 day-long martial law in certain regions of the country.