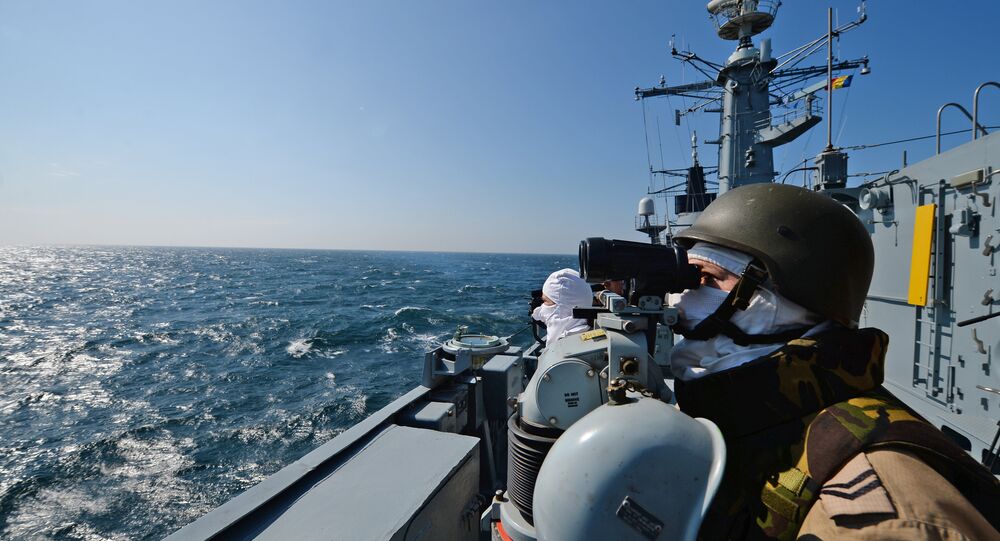 Earlier, Ukrainian President Petro Poroshenko called on NATO to deploy its warships to the Sea of Azov to support Ukraine in the wake of the incident in the Kerch Strait near Crimea last Sunday, when three Ukrainian vessels were seized by Russia after entering Russian territorial waters.

NATO will "continue to assess its presence in the Black Sea region", where the alliance's ships are carrying out routine patrols and drills, NATO spokeswoman Oana Lungescu was quoted by Turkey's Anadolu news agency as saying.

She said that "there is already a lot of NATO in the Black Sea" and that its vessels spent 120 days in the area this year, compared to 80 in 2017.

"Several allies conduct NATO air policing in the region, and allies also conduct regular reconnaissance flights over the Black Sea. We also have a Romanian-led multinational brigade based in Craiova. […] Three NATO members — Bulgaria, Romania, and Turkey — are littoral states, with their own national capabilities deployed in the Black Sea region," Lungescu added.

Her remarks came after the Russian President's spokesman Dmitry Peskov stated that the Kremlin considers Poroshenko's request that NATO deploy its ships to the Sea of Azov to be an aspect of his strategy of provoking Russia in order to gain support in the run up to next year's Ukrainian elections.

According to Peskov, the bottom line lies in "the electoral and domestic political interests of President Poroshenko".

The statement followed Poroshenko's interview with the German tabloid Bild, during which he said that Kiev hopes that NATO will send its ships to the area in the Kerch Strait where three Ukrainian vessels were seized by Russia after entering Russian territorial waters on November 25.

UK Admiral Lord Alan West, for his part, warned that if NATO makes such a move, it may fuel tensions in the region in the aftermath of the incident in the Kerch Strait.

"You have to think very carefully about deploying forces close to Russia. If we send a huge NATO force there it will be seen as an aggressive posture – but we could have a limited number of ships looking after freedom of navigation," he pointed out.

© Sputnik / Sergey Mamontov
Kiev Claims Kerch Strait Provocation Meant to Show Capabilities of Its Vessels
Last Sunday, two Ukrainian frigates, the Berdyansk and the Nikopol, as well as the Yany Kapu, a tugboat, illegally entered Russian territorial waters as they sailed toward the Kerch Strait, the entrance to the Sea of Azov. The Ukrainian vessels were seized by Russia after failing to respond to a demand to stop.

Moscow described the incident as a clear provocation in violation of Articles 19 and 21 of the United Nations Convention on the Law of the Sea, and promised to suppress any attempts to challenge its territorial integrity.