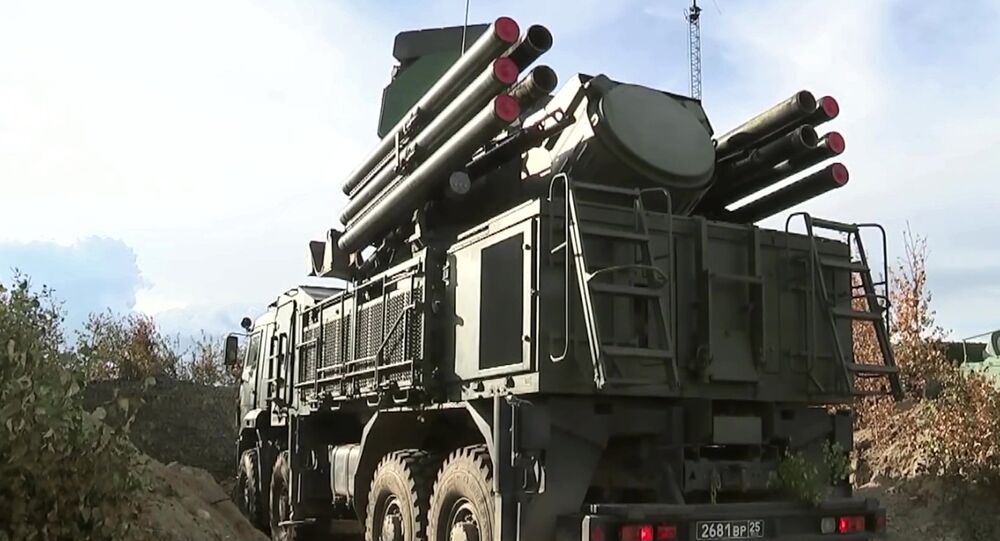 The deployment comes after three Ukrainian ships illegally entered Russian territorial waters as they sailed toward the Kerch Strait last Sunday. Moscow described the incident as a clear provocation in violation of the UN Convention on the Law of the Sea, and promised to suppress any attempts to challenge its territorial integrity.

Russia has deployed a Pantsir-S missile and anti-aircraft artillery batallion to Crimea, according to the press service of the Russian Southern Military District.

"The newest [Pantsir-S] air defence systems have entered service among the anti-aircraft missile units of the Southern Military District deployed in Crimea […] as part of the programme to re-equip the district's troops," the press service said.

The deployment, which came after Pantsir-S's live-fire drills at the Kapustin Yar test site, followed the fourth battalion of S-400 missile systems being put into active service in the Crimean town of Dzhankoy near the border with Ukraine.

Earlier this week, S-400 batteries were deployed near the Crimean cities of Feodosia, Sevastopol and Yevpatoria.

The Pantsir-S and S-400 deployment comes after three Ukrainian ships illegally crossed into Russian territorial waters, attempting to enter the Kerch Strait, the entrance to the Sea of Azov, without Russian permission.

© Sputnik / Vitaliy Ankov
Fourth S-400 Battalion Deployed Near Ukraine to Protect Crimea – Black Sea Fleet
The vessels were seized by Russia after failing to respond to a demand to stop; their crews were detained.

The system is armed with a pair of dual 2AQ38M 30 mm automatic cannons and up to twelve 57Eb-E two-stage solid fuel radio-command-guided surface-to-air missiles capable of hitting targets up to 20 kilometres away and at altitudes of up to 15 kilometres.