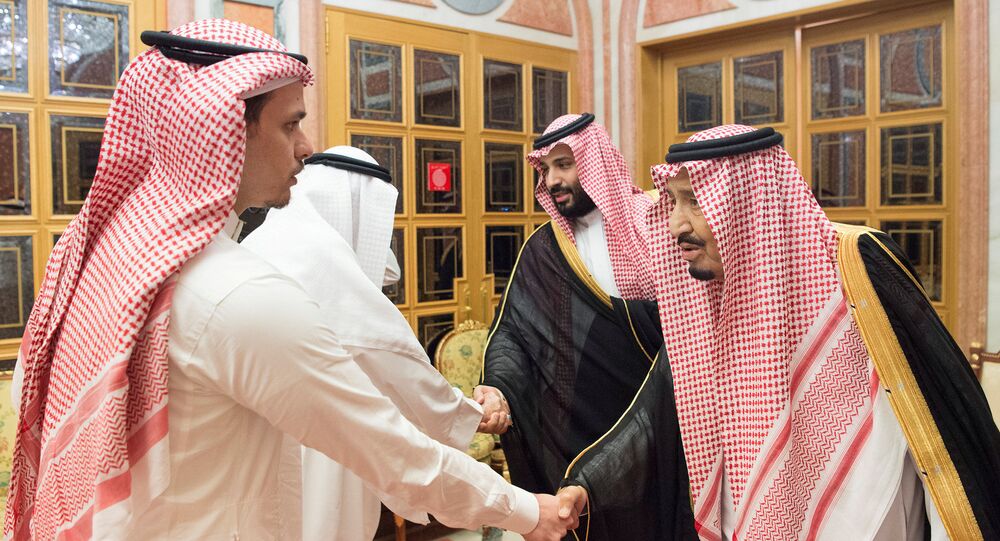 WASHINGTON (Sputnik) - The son of murdered Saudi columnist Jamal Khashoggi and his family are en route to the United States after having been allowed to leave Saudi Arabia, Human Rights Watch Middle East and North Africa Executive Director Sarah Leah Whitson said in a statement on Thursday.

"Good news for a change: confirming that Jamal Khashoggi son Salah and his family are finally out of Riyadh and on their way to the US, travel ban lifted," Whitson said via Twitter." Too bad Salah had to endure that cruel and bizarre greeting with MBS [Crown Prince Mohammed Bin Salman] first."

Prior to Thursday, Salah had been reportedly barred from leaving the country.

Addressing the issue later, the prince stated that the murder of Khashoggi was "really painful to all Saudis."

© REUTERS / Beawiharta
Khashoggi Cover-Up Underway
Jamal Khashoggi was a columnist for The Washington Post and a prominent critic of Saudi policies and the crown prince in particular. On October, 2 he entered the Saudi Consulate in Istanbul in order to obtain documents for his marriage and has not been seen since.

Saudi Arabia initially claimed that Khashoggi had left the diplomatic facility unharmed, denying reports of his death. However, on October 19, Riyadh admitted that the journalist had been killed during a brawl in the consulate.