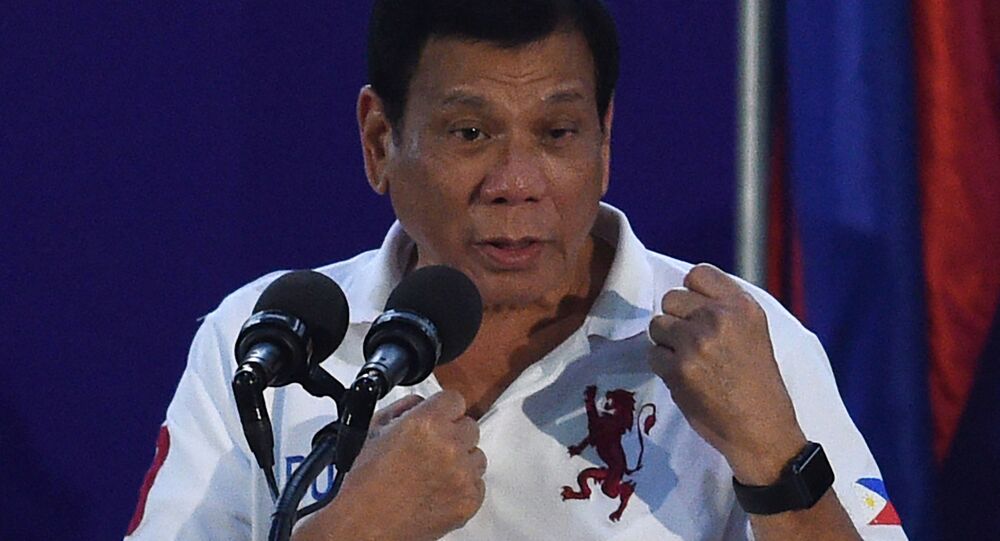 During a meeting with his Russian counterpart Sergei Lavrov in early August, Philippine Foreign Minister Alan Peter Cayetano pledged that Manila would not turn down the opportunity to purchase Russian military equipment even in the face of possible US sanctions.

Philippine President Rodrigo Duterte has blamed the United States for trying to hamper the modernization of his country's army and supplying used military equipment to Manila, according to local media.

"Is that the way you treat an ally and you want us to stay with you for all time?  Who are you to warn us?" he pointed out.

Duterte added that if the Philippines buys a submarine from the US, it will "implode, just like the helicopters" that it earlier purchased.

READ MORE: Philippine Leaders Deny US Intel Report that Duterte is a 'Threat to Democracy'

"If they were to proceed with purchasing major Russian equipment, I don't think that's a helpful thing to do [in our] alliance and I think ultimately we can be a better partner than the Russians can be," Schriver said.

He made the remarks amid media reports that Moscow had offered the Philippine government its help in purchasing Russian submarines and that Manila is currently considering the proposal.

READ MORE: 'You Must Be Kidding': Duterte Won't Allow US to Treat Philippines as Colony

The deal, in particular, stipulates the allocation of a subsidized loan to Manila, which would be repaid over several years.

© REUTERS / EZRA ACAYAN
No More US Hand-Me-Downs: Philippines’ Duterte Wants Brand New Weapons at Any Cost
At a meeting with Russian counterpart Sergei Lavrov on August 2, Philippine Foreign Minister Alan Peter Cayetano said that Manila would not give up the idea of buying Russian weapons even in the face of possible US sanctions against Manila.

During his visit to Russia in 2017, President Duterte expressed Manila's interest in advanced Russian weapons, including helicopters, planes, as well as precision-guided weapons to help combat the threat of terrorism.