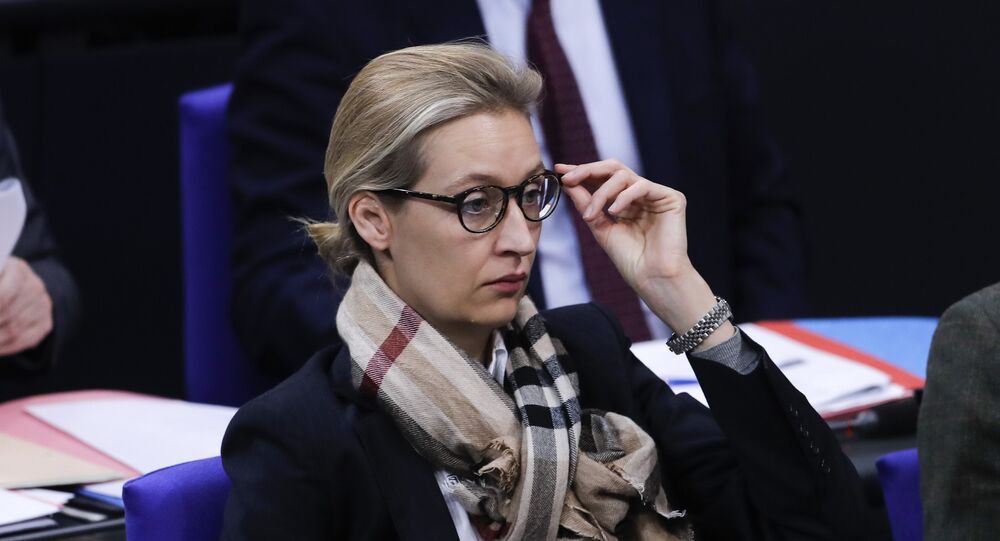 Trump 'Isn't a Madman', Does 'a Lot Right' for the US – AfD Bundestag Leader

On Wednesday, the Alternative for Germany (AfD) Party’s leader in the Bundestag, Alice Weidel, accused German media of deliberately portraying US President Donald Trump in a negative light.

Alice Weidel, the leader of the AfD in Germany’s federal parliament, has praised President Trump’s economic policies and commitment to following his America First campaign pledge.

In an official party press release discussing Trump’s treatment by the German media, Weidel said "The rapidly growing economy in the US shows that President Trump is obviously not the madman, as he is always sold to us by the German media."

The senior AfD official proceeded to cite the US’ encouraging growth in GDP and falling unemployment as proof that “Trump is doing a lot right with his economic policies” for the benefit of all Americans.

Moreover, she claimed that Trump genuinely cares about his country’s interests and accused the mainstream German media of mocking the US president, saying, “Instead of appreciating this [Trump’s achievements while in office], many journalists in Germany prefer to make fun of Trump or claim that he is set to plunge the world into chaos with his policies.”

Ms. Weidel suggested that it is potentially difficult for German journalists to cover stories about Trump as they are not used to politicians who don’t renege on their campaign policies, and care more about having the support of the electorate than the support of the mainstream media.