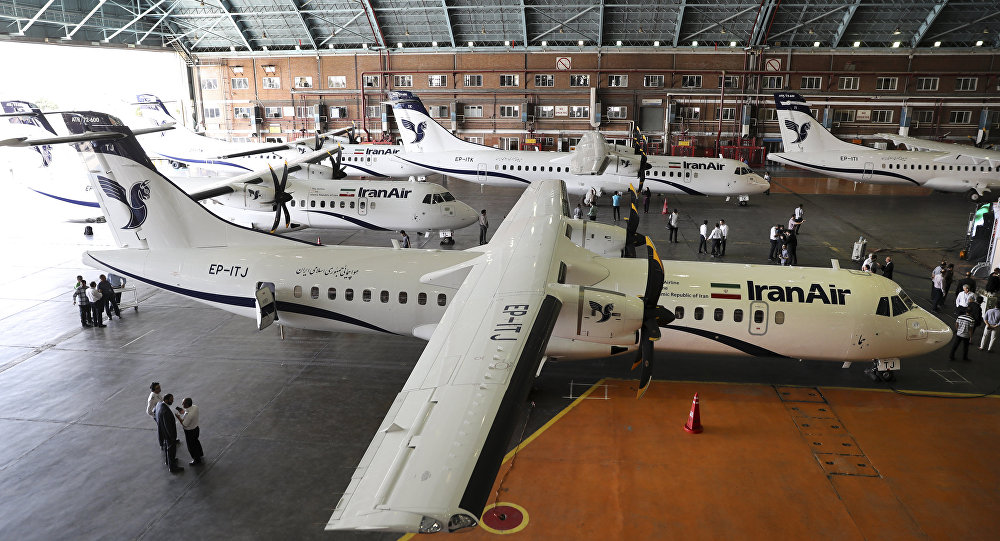 On Monday, the US is due to re-introduce a number of sanctions to target Iran's automobile industry as well as gold and other key metals. The move comes a few months after Washington's withdrawal from the 2015 Iran nuclear deal.

The arrival of the twin-engine turboprops is in line with a 536-million-dollar deal clinched between state carrier Iran Air and the French-Italian manufacturer ATR in April 2017 on the delivery of 20 ATR72-600 planes to the Islamic Republic, which currently has 13 such aircraft.

Jointly owned by European consortium Airbus and Italy's Leonardo, ATR has repeatedly called on Washington to allow it to finish its delivery of aircraft to Iran before the US anti-Iranian sanctions enter force.

The Sunday arrival comes just a day ahead of the re-imposition of the first round of US sanctions against the Islamic Republic, which aim to affect its automotive and mining sectors.

READ MORE: President Rouhani Says US ‘More Isolated Than Ever’ Over Iran Sanctions

Earlier this week, EU foreign policy chief Federica Mogherini signaled the bloc's willingness to continue and even step up its trade and economic cooperation with Tehran, despite the US decision to re-impose anti-Iranian sanctions.

The official reiterated that the International Atomic Energy Agency (IAEA)'s verifications indicated that Tehran complied with its commitments under the deal, which meets the security interests of the EU.

On May 8, US President Donald Trump announced that Washington would pull out of the Iran nuclear deal, also known as the Joint Comprehensive Plan of Action (JCPOA).

© AP Photo / Petr David Josek
'Addicted to Sanctions': Iran Will Not Bow to US Pressure – Foreign Minister
In addition, Trump said that he would reinstate the previously-lifted sanctions on Iran, including secondary ones, which target other countries for doing business with the Islamic Republic.

According to the US Treasury Department, following a wind-down period, three different rounds of sanctions will be imposed on Iran, including those scheduled for August 6, November 4 and November 5, respectively.