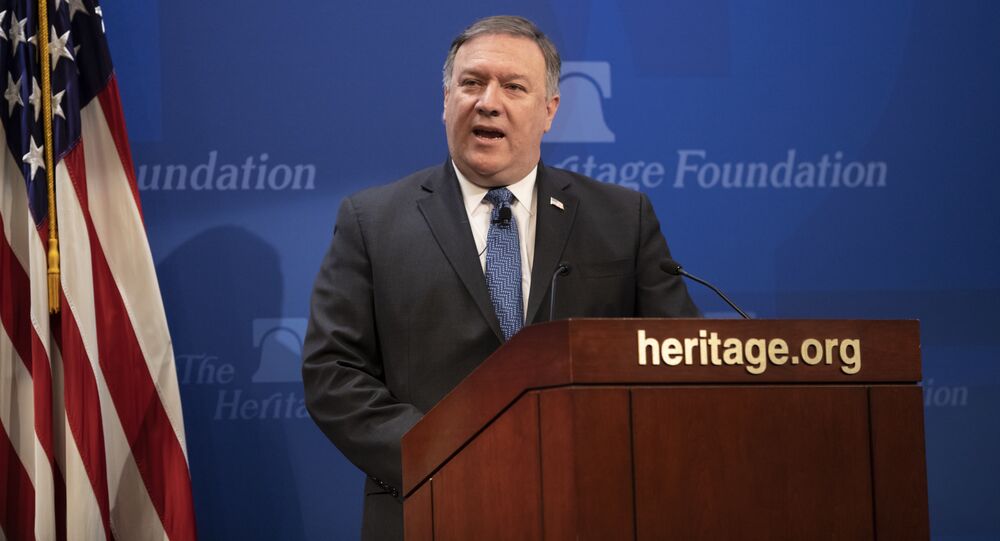 SINGAPORE (Sputnik) - Senior officials from the United States and North Korea held constructive talks in Singapore ahead of the historic meeting between US President Donald Trump and North Korean leader Kim Jong-un, US State Secretary Mike Pompeo said in a statement on Monday.

"Substantive and detailed meetings in #Singapore today as Ambassador Kim meets with #DPRK," Pompeo wrote in a Twitter post in which he included a photograph of the meeting between US Ambassador to the Philippines Sung Kim, North Korean Foreign Ministry senior official Choi Sun Hee and other delegates from both countries.

Later in the day, Pompeo said, that the talks are moving "quite rapidly" and confirmed, that the US is ready to provide "unique" security assurances for North Korea to engage its denuclearization, adding, however, that the pressure on Pyongyang would rise significantly if the diplomatic approach fails.

US State Secretary also claimed that President Trump may consider lifting some economic restrictions if the North Korean government takes the "right steps."

"The president has also expressed his openness to expanding access to foreign investment and other economic opportunities for North Korea if they take the right steps," Pompeo told reporters.

The two sides met to narrow differences ahead of Tuesday's summit between Trump and Kim, at which the two leaders will discuss efforts to denuclearize the Korean peninsula.

© AP Photo / Joseph Nair
Trump-Kim Summit Agenda: Firm Peace, Korean Denuclearization - Reports
On Tuesday, June 12, the first-ever meeting of sitting leaders of the United States and North Korea will take place in Singapore. Last week, Trump expressed his hope for the normalization of relations with Pyongyang following the summit and did not rule out the signing of a peace treaty between the two countries. At the same time, Trump stressed that Washington would not accept Pyongyang's refusal to denuclearize.

Earlier in June, media reported that Pyongyang, during summit preparations, had demanded that the United States lift the sanctions against North Korea and establish diplomatic relations with the country.