World governments need to make a constant investment in prevention and preparation for pandemics, which have the power to disrupt national security as well as cause major human suffering and death, Outi Kuivasniemi co-author of a recent World Bank study on the subject, told Radio Sputnik.

In the aftermath of the recent outbreaks of the Zika and Ebola viruses, most countries are still not adequately prepared for a pandemic, according to a World Bank report published on Thursday.

The report, compiled by the International Working Group on Financing Preparedness (IWG), lays out 12 recommendations to ensure adequate financing for the prevention and effective response to infectious disease outbreaks.

It found that many countries chronically underinvest in critical public health functions like disease surveillance, diagnostic laboratories and emergency operations centers, which enable the early identification and containment of outbreaks.

Under-investment in pandemic preparedness is "bad economics," because a severe pandemic could result in millions of deaths and destroy up to one percent of GDP.

Failing to invest in preparedness is "short-sighted" given the low cost of preparedness relative to the devastating impact of a pandemic, the report's authors say. In low- and middle-income countries, the investment required to prevent outbreaks is about $1 per person per year.

"Attention peaks during crisis and major efforts are made to contain the epidemic. However, the memory rapidly fades and investment in countries' preparedness capacity will not get financed in the long run," Outi Kuivasniemi, a member of the International Working Group and co-author of the study, who is also Ministerial Counsellor for International Affairs at the Ministry of Social Affairs and Health of Finland, told Radio Sputnik. 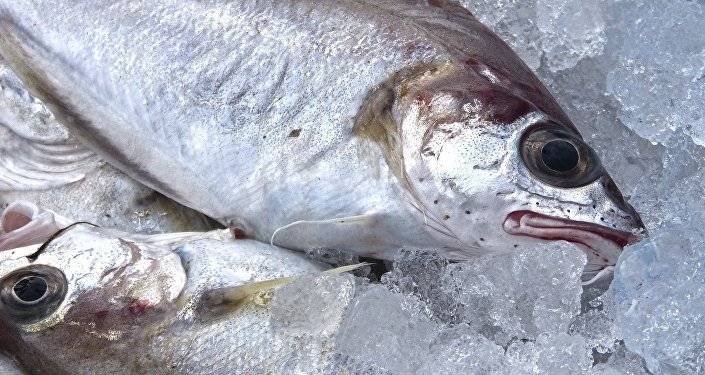 "Just like a fire department, the health system needs initial investment, continuous upkeep as well as regular drills to test the response and the World Bank working group recommends that we look into this financing issue together with finance ministers, heads of state and make it a responsibility of the society, not only the health sector."

"A major outbreak has the capacity to disrupt national economic security, democracy and societal safety in addition to causing major human suffering and death."

Most pandemics are caused by zoonotic viruses passed from animals to humans such as SARS, MERS, Zika and Ebola. A rising human population, climate change and the increased interconnectedness of modern life makes it even easier for these diseases to spread.

"With the increased interconnectedness, a disease can be carried within a matter from any remote corner of the world to all major cities. This is a risk we must be able to survey and manage. It is difficult to see which diseases will cause the next pandemic, but it will come, that is a certainty."

© Photo : Centers for Disease Control and Prevention
Countries Accused of Neglecting 'Assassin Bug' Disease Because It Hits the Poor
Kuivasniemi said that countries with better healthcare infrastructure are better equipped to deal with epidemics such as the recent West African Ebola outbreak.

The outbreak began in December 2013 in Guinea, which along with neighboring Sierra Leone and Liberia was one of the worst-affected countries. A public health emergency was declared in the region, which was lifted on March 29 2016. A total of 28,616 Ebola cases were reported in those three countries, with 11,310 deaths.

"But when it hit Mali and Nigeria, the health systems there had the capacity to prevent the epidemic from spreading. They used the capacities they had in the country, for example for polio outbreaks, and applied them to the Ebola. Therefore, they had a good capacity to stop spreading in those countries."

Kuivasniemi said that scientists aren't sure where the next pandemic will come from, although it is possible to make an educated guess.

"Most likely, the next pandemic will be another pandemic flu strain, as there are several viruses with the capacity to mutate circulating in animal populations in close proximity to humans. On the other hand, it can be the unknown, unexpected, as the case was with SARS, so we really don't know."