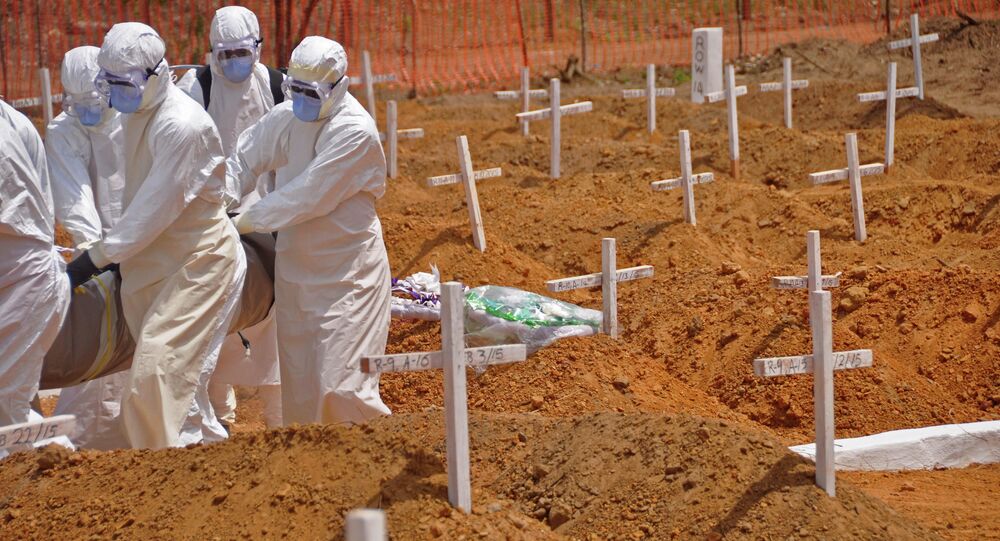 Olawale Maiyegun, director of social affairs at the African Union (AU) commission, said that Western media overlooked the role of Africans in fight with Ebola.

“Unfortunately, Africans do not have the international voice of CNN, BBC and France 24, therefore much of our work is overlooked in the Western media,” Olawale Maiyegun, director of social affairs at the AU commission was quoted as saying by the Guardian Tuesday. He added that media largely focused on the work of international agencies.

According to Maiyegun, most of the help provided by the international community has been in finance and infrastructure spheres. He stressed that Africans "have had to take the lead” in providing medical staff to the most affected regions.

© CC BY 2.0 / TNS Sofres / Test tubes
Russian-Made Ebola Vaccine to Be Tested on Humans Within Months
The current Ebola virus epidemic began in southern Guinea and later spread to Liberia, Sierra Leone, Nigeria and Senegal. The current outbreak has killed over 10,365 people since its discovery in 2014, according to WHO.

Some 4,000 deaths from the disease have been registered in Liberia. The highest number of deaths have been recorded Sierra Leone, where the Ebola virus has killed 11,889 people.

Although there is no officially approved medication for the disease, several countries, including Russia, the United States, the United Kingdom, Canada and Japan are currently working on developing a vaccine.