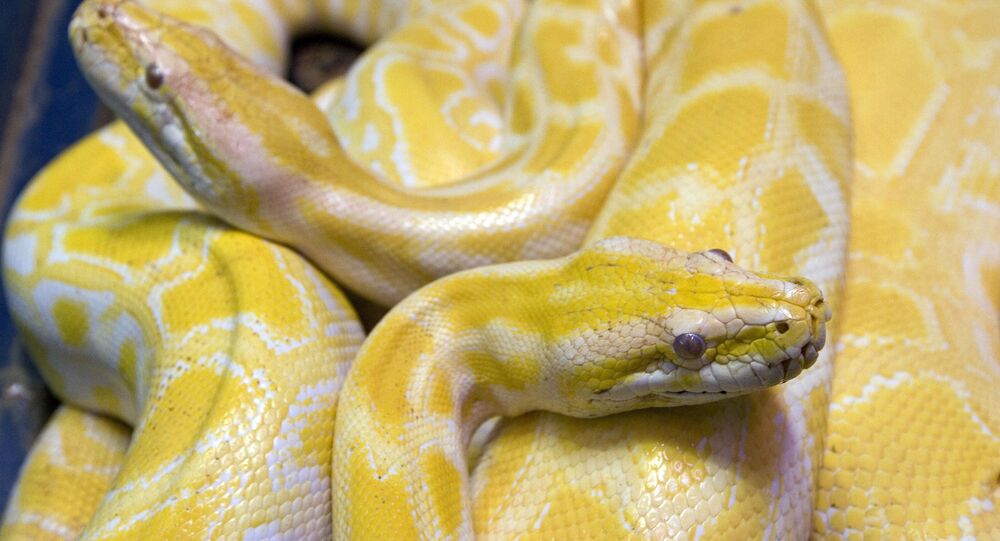 Look Out, Below! Runaway Python Bites Man Doing His Morning Routine on Toilet

The victim of the unfortunate escape attempt was reportedly brought to a hospital for treatment of "minor injuries". Although pythons are not venomous, there is still a concern that the bite could become infected due to bacteria in the toilet.

After escaping from an owner via a drain and ending up in a toilet, a pet albino python bit a 65-year-old Austrian man in the "genital area", the local newspaper Salzburger Nachrichten has reported.

The neighbour of the unusual pet owner from Graz, southern Austria, started his morning in the worst way, as he was bitten while going to the bathroom in his apartment at about 6 a.m. on Monday. The man had just sat down when he felt a "pinch" on his genitals and sprung to his feet, only to be confronted by a 1.5-metre albino python staring back at him, according to the outlet, which provided photos taken after the incident.

Police officers were dispatched to the scene, along with a local reptile expert, to remove the snake from its hiding place.

The snake was later reportedly returned unharmed to its owner, a 24-year-old neighbour of the victim. According to the report, the man keeps 11 non-venomous snakes and a gecko in specially prepared cages and drawers in his residence.

The reptile owner did not even realise the python had gotten away until police arrived, and reportedly stated he did not know how the snake escaped.

Local animal services were also allegedly alerted that there could potentially be poisonous snakes at his home, so officials ought to check in case any other snake decides to make a run for freedom.

Let Me Have a Closer Look: Curious Snake Crawls Out of Bushes