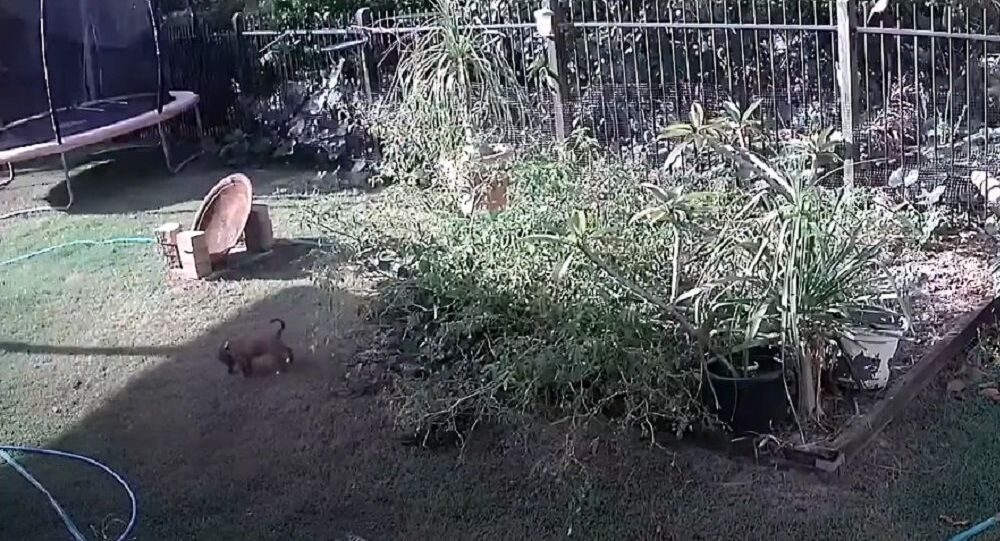 With over 48,230 views, a video of a puppy being attacked by a python snake has gone viral.

Sometimes death can be just moments away, but with luck on your side, some manage to escape in the nick of time. Something similar happened with a puppy in Australia that was enjoying its time on the lawn.

In a video clip, a nine-week-old puppy named Jasper can be seen relaxing freely on a lawn when suddenly a python emerges from the bushes and pounces on it. The puppy tries its best to escape the snake’s deadly grip, but it gets strangled so badly that it becomes literally impossible.

Just as the pet’s owners notice the horrific attack, they freak out and bravely rush to save Jasper. They first try to remove the python with a stick, but then hold it with their bare hands and toss the snake aside, finally rescuing Jasper.

Posted on the YouTube account of Wolf Hope recently, the video is getting massive amounts of views and comments.