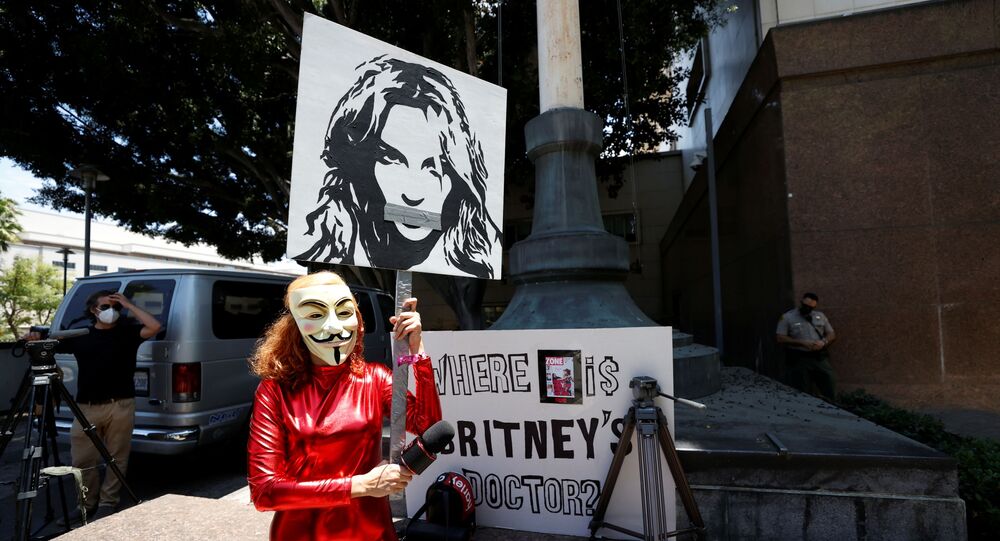 MOSCOW (Sputnik) – Iconic US signer Britney Spears has asked a court to put an end to the 13-year long conservatorship by her father James Spears.

On Wednesday, Spears gave a more than 20-minute emotional speech to the court, trying to persuade the judge, Brenda Penny, of the need to lift the conservatorship.

"Ma'am, I've worked since I was 17 years old. I can't go somewhere unless I meet someone every week in an office. I truly believe this conservatorship is abusive, but ma'am there are a thousand conservatorships that are abusive as well. I want to end the conservatorship," the singer said, as quoted by the CNN broadcaster.

The judge has not made any decision on the issue yet.

Spears, who was one of the most famous world singers at the beginning of the 21st century faced mental issues as well as drug and alcohol addictions following a divorce in the late 2000s. In 2008, she was placed under temporary conservatorship by her father, Jamie Spears, which later turned termless.

Jamie Spears' lawyers has argued the conservatorship was motivated solely by Spears' "unconditional love for his daughter and a fierce desire to protect her from those trying to take advantage of her."

The singer's legal team said she'd pledged not to perform until the conservatorship is over.