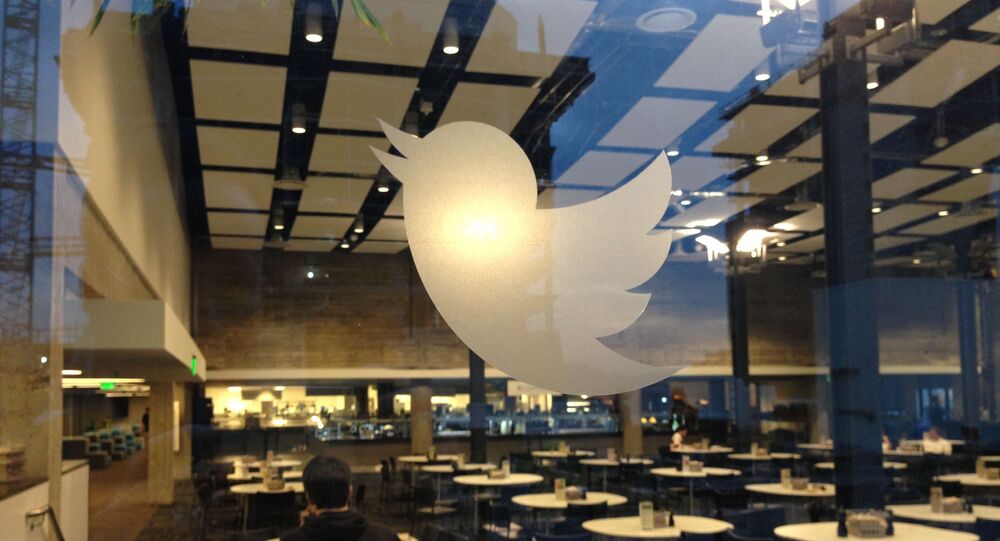 Twitter made the statement on access to a "free and open Internet" being an "essential human right" even as it faces accusations of hypocrisy and censorship after it banned former US President Donald Trump and other prominent conservative figures.

"We are deeply concerned by the blocking of Twitter in Nigeria. Access to the free and #OpenInternet is an essential human right in modern society. We will work to restore access for all those in Nigeria who rely on Twitter to communicate and connect with the world", the social media company tweeted.

The statement prompted immediate reaction, with users recalling how Twitter appeared to violate its own description of the internet as an "essential human right" when it came to the former US president, Donald Trump, and other conservative figures who were ousted from the platform for allegedly disobeying the terms and conditions.

"We see double standards because Twitter is never held accountable. They’ve been allowed to do whatever they want for years now without any meaningful regulation. They now think they are the decision makers on what speech is allowed. They just learned that not every country will tolerate that. We see constant attempts to censor conservatives because Jack and Twitter are notoriously Left-leaning. Trump became President largely because he knew how to use Twitter effectively and they’re petrified someone else might do it again", Lavern Spicer, a candidate for the US House of Representatives, told Sputnik.

I am deeply concerned by the suspending of President Donald Trump on Twitter. Access to the free and #OpenInternet is an essential human right in modern society, even if you disagree with their politics.

So why are you depriving President Trump, Laura Loomer, Mike Lindell, Milo Yiannopoulos, Alex Jones, and countless others of this "essential human right"?

An essential human right for me, but not for thee. pic.twitter.com/ym1uHuNe5k

lmaooooooo. you ban people and violate their human rights everyday. I guess you just hate it that someone did it to you. I pray more nations rise up and stand against Twitter's censorship.

​According to users, it was hypocritical of Twitter to suddenly voice its advocacy of freedom of speech in light of the bans and what is seen by many conservatives and Republicans as an attempt to silence opinions that differ from the mainstream.

One thing Twitter doesn't care about is freedom of speech. Through its censors who judge crimes of opinion, even though they not having the public faith to do so, Twitter influences and directs interactions according to its "progressive" view of things.
Well done,hope it spreads

>Twitter ban and silence whoever they want
>proceeds to get banned by a country
>cries and pulls the human rights card.

Well if silencing people on the internet is a violation of human rights then I guess we'll see twitter at the Hague in the International Court of Justice.

​Netizens even illustrated their point with memes.

​The Nigerian government announced its decision to block Twitter in the country earlier on Friday, citing a “persistent use of the platform for activities that are capable of undermining Nigeria's corporate existence.” According to Abuja, the ban of the social media platform in the country will be "indefinite".

"Twitter doesn't believe in the freedom of speech. Twitter is an instrument of the far-left oligarchs who want to stifle and suppress all dissent and drive those who oppose the leftist agenda from the public square. Twitter officials likely don't even realize their own hypocrisy in complaining about being banned in Nigeria while banning those who stand against left-fascism. They're all for free and open discourse, but only for themselves. Not for anyone who dares dissent from their line. Hunchback can't see his own hunch", Pamela Geller, an American political activist, blogger, and editor-in-chief of the Geller Report, said,

The move to block Twitter in Nigeria was a response to how the platform removed a tweet from the country's president after it was flagged as "offensive" by some users.

Twitter Concerned, Investigating Suspension of Its Operations in Nigeria