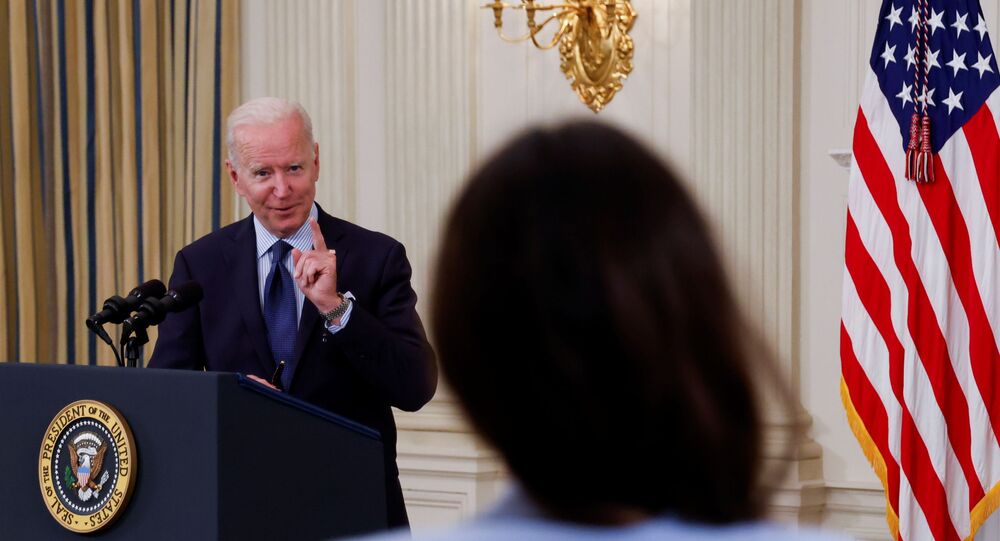 The White House has stated that US President Joe Biden supports a cease-fire between Israel and Hamas but has so far provided no details as to when or how that is to happen. Biden initially condemned the bombings against the Gaza Strip, but stated that Israel has a right to defend itself.

During a test-drive of Ford’s new electric F-150 Lightning pickup truck on Tuesday, Biden joked that he would run over a reporter after she attempted to ask him a question about Israel.

"Mr. President, can I ask you a quick question on Israel before you drive away, since it's so important?", a reporter asked.

"No, you can't — not unless you get in front of the car as I step on it,” Biden replied before quickly adding, “I'm only teasing."

The commander in chief subsequently sped off for the test-drive, leaving no time for the reporter to ask her question.

Many netizens have since taken to social media, comparing reactions to the morbidly hostile joke to the often serious perspective given to such jokes by former US President Donald Trump.

Biden has so far not outwardly criticized Israel, but held a phone call on Monday with Israeli Prime Minister Benjamin Netanyahu in which he reportedly appeared to be more firm in his call for a cease-fire deal.

White House Press Secretary Jen Psaki told reporters during a Tuesday briefing that the Biden administration would continue to evaluate the situation in order to figure out what the right approach should be, all while maintaining that quiet diplomacy was the best response.

Earlier this week, reports surfaced that the Biden administration had recently approved a $735 million arms deal for Israel, just a few days before tensions between Israel and Hamas escalated. The Washington Post reported that the arms deal, which includes Joint Direct Attack Munitions, was put before US Congress on May 5.