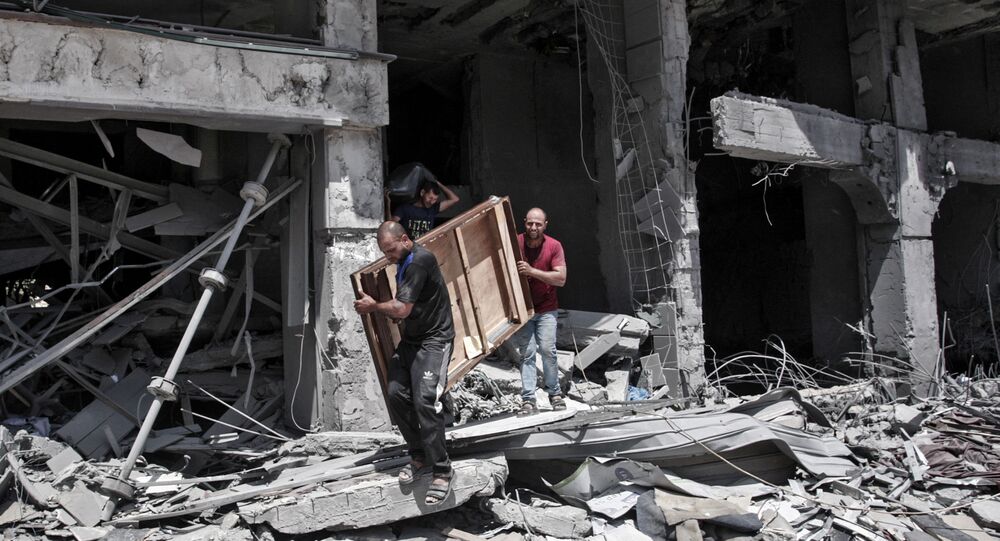 This comes amid the fiercest escalation of Israel-Gaza tensions in recent years, with sides launching missile strikes for the past week following clashes between supporters of Arab families evicted from their homes in East Jerusalem and the Israeli police.

The US has approved the sale of precision-guided weapons to Israel worth $735 million, the Washington Post reported on Monday, citing sources in the US Congress.

Scoop: the Biden admin has approved the sale of $735 million in precision-guided weapons to Israel, raising red flags for some House Dems more open to questioning DC’s support of Netanyahu, suggesting the sale be used as leverage. W/ @karoun: https://t.co/8L9xUy7Vby

​According to the daily, Congress was officially notified of the proposed sale on 5 May, several days before Hamas launched their first rocket attacks on Israel following the unrest in East Jerusalem when several Arab families were forced to leave their homes in the Sheikh Jarrah district in accordance with an Israeli court's ruling.

The proposed sale is of Joint Direct Attack Munitions (JDAMS) that transform so-called "dumb" bombs into precision-guided missiles. Israel has purchased JDAMS before, explaining their choice by saying that precision-guided Gaza airstrikes help them to avoid deaths among civilians.

Some House Democrats want to know the details of the proposed arms sale, as they believe that its timing may be used as leverage, WaPo says.

Once Congress receives formal notification from the presidential administration about the arms sale, lawmakers have 20 days to object with a nonbinding resolution of disapproval.

Like many other countries, the US is calling for an immediate ceasefire in Gaza. However, Washington insists that Israel has the right to defend itself against Hamas.

It's been a week since the start of the latest escalation of tensions in Gaza. On 8 May, violent clashes took place in East Jerusalem between supporters of Arab families who had been evicted from their homes following an Israeli court's ruling and Israeli police officers. After the clashes, Hamas started carrying out rocket attacks on Israel, launching an intense exchange of rocket fire and retaliatory airstrikes which has continued ever since. As of Sunday evening, more than 3,000 rockets were launched from the Gaza Strip into Israel and about 1,210 of them were intercepted, while the IDF bombed what it claims were Hamas infrastructure buildings in Gaza.

The death toll from the recent tensions currently stands at nearly 200 Palestinians, including 58 children, while Israel has reported 10 people killed and 50 others seriously injured.