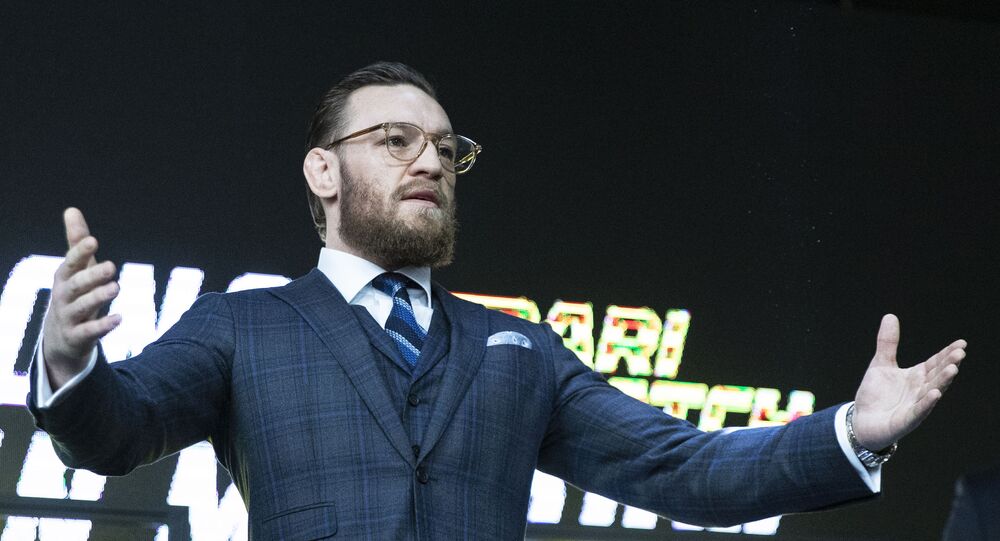 The glorious British football club is torn by controversy amid a scandalous newly-proposed idea to establish a European Super League (ESL). The project purportedly envisaged helping the European football system overcome the consequences of the coronavirus pandemic, but no specific details have been provided by the initiators.

McGregor's tweet followed reports that were later confirmed by official statements that Manchester United executive vice-chairman Ed Woodward had resigned amid the unfolding drama of the recently proposed creation of a European Super League.

Amused netizens immediately reacted to the tweet, with some approving the idea and others suggesting he would be better off if he would “buy Liverpool.”

Some twittarians noted that McGregor does not have enough money, noting that the UFC legend “needs about 8 more fights with Mayweather before that would commence.”

As the Daily Express reported on Monday, Manchester United fans were outraged by the club's potential participation in the European Super League plan and by the fact that they were not earlier informed about the club's statement regarding ESL participation.

A European Super League (ESL) was projected to imply the creation club football tournament involving the 20 top European teams. Of that group, 12 top clubs, including Arsenal, Tottenham, Chelsea, Liverpool, Manchester City, Manchester United, Milan, Inter, Juventus, Barcelona, Real Madrid and Atletico have announced that they will join the ESL. Florentino Perez has been appointed as league president, holding a similar post at the 'Royal Club.'

Against the backdrop of violent controversy caused by the project, London's Chelsea, Manchester United, Liverpool and Arsenal are reportedly preparing to join Manchester City in withdrawing from the plan to establish a new league.