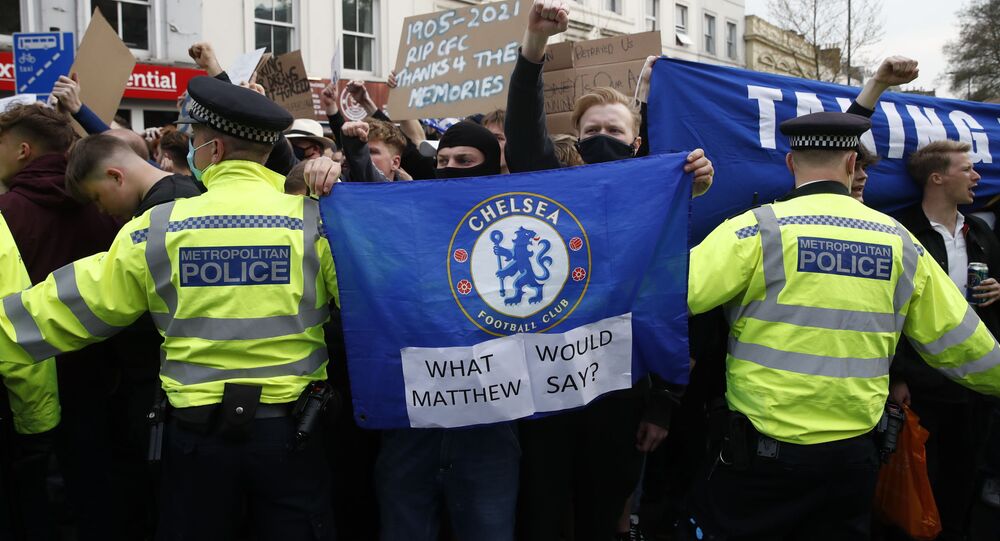 On Tuesday, the Manchester City football club made an official statement on its website, saying that "it has formally enacted the procedures to withdraw from the group developing plans for a European Super League".

The statement followed media reports saying that Man City, along with UK's Chelsea, were set to pull out of the recently-announced ESL.

According to BBC Sports and the Guardian newspaper, other clubs are also set to pull out of the newly-formed league.

Earlier, the Talksport radio broadcaster reported, citing sources, that the ESL tournament had been called off and that all 12 clubs would meet on Tuesday night to discuss dropping their Super League plans.

In the meantime, as many as 1,000 football fans gathered outside Chelsea's Stamford Bridge stadium to protest the club's ESL ambitions ahead of a Tuesday match with Brighton.

The ESL includes 20 teams — the 15 founders, and another 5 teams that would qualify for the tournament every year in accordance with their achievements in the prior season. According to the official statement, the ESL is intended to help clubs overcome the consequences of the COVID-19 pandemic by showing the importance of what was characterized as a "strategic vision and a sustainable commercial approach" to maintain the European football system.

The announcement was quickly met with widespread criticism, not only from FIFA and UEFA, as well as the national football associations of European states, but also from political leaders such as UK Prime Minister Boris Johnson, who on Sunday evening tweeted his opposition.