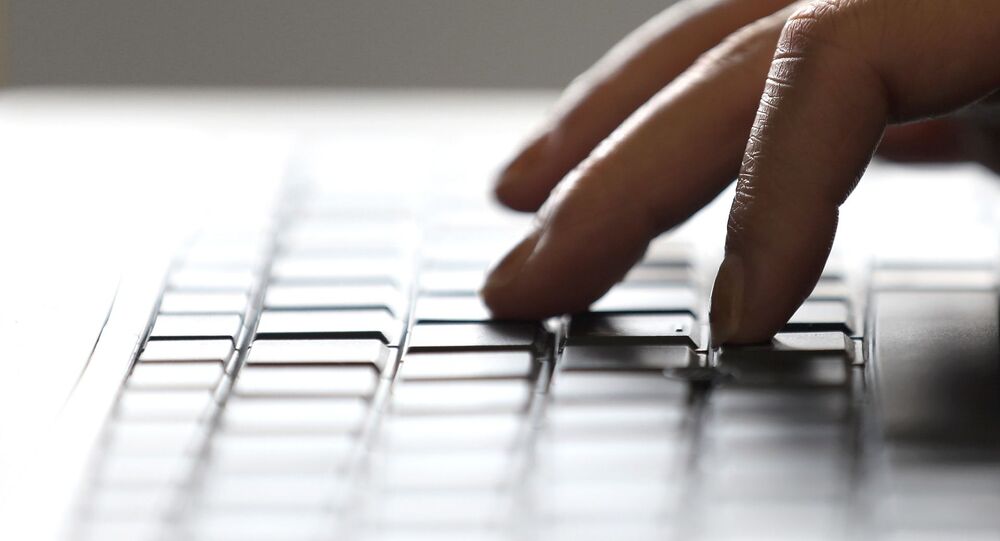 A Liberal lawmaker from Quebec found himself in an embarrassing situation this week after a nude photo of him found its way online – it was taken during a virtual meeting with fellow parliamentarians. It’s easy to feel sorry for him – in COVID times many have been literally caught with their pants down during Zoom calls.

William Amos, a Canadian MP representing Quebec’s district of Pontiac, was forced to apologise for getting naked during a virtual House of Commons meeting.

During the session with fellow MPs, the politician, who represents Justin Trudeau’s Liberal party, was caught on camera in the buff while proudly standing between Canada and Quebec flags.

Anyone recognize this MP wandering around in the buff in their office while taking part in the hybrid Parliament? Obviously, given the flag, they are from Quebec. Wonder what kind of mobile phone he uses? #cdnpoli pic.twitter.com/HWOeR9ZJBV

The meeting was publicly broadcasted but as Amos was not speaking at the time, his image was only visible to fellow MPs and staffers through the internal feed.

However, someone took a screen shot of his naked bod, which is now doing the rounds online – although it's not known who leaked it.

But according to MP Claude DeBellefeuille from Bloc Québécois, who pointed out the incident to House Speaker Anthony Rota after the hybrid parliamentary session ended, Amos is in a really “good shape.”

The politician then sarcastically reminded everyone about what was an appropriate dress code for lawmakers – even if they're tuning in from home.

"Today we've set a new record. We've seen a member during Question Period improperly dressed — that is, unclothed,” DeBellefeuille said in French. “We have seen that the member was in very good shape, but I think that this member should be reminded of what is appropriate and to control his camera."

#BREAKING: Liberal MP Will Amos is BUSTED being completely naked during question period! 👇👇👇

That said, this is still less embarrassing than supporting Trudeau's naked corruption and incompetence. 😂 pic.twitter.com/PL6BMeujAB

It appears Amos had no intention to showoff his apparently splendid physique after saying he was “embarrassed” by the “unfortunate mistake.”

“My camera was accidentally left on as I changed into work clothes after going for a jog. I sincerely apologize to all my colleagues in the House,” Amos explained on Twitter.

I made a really unfortunate mistake today & obviously I’m embarrassed by it. My camera was accidentally left on as I changed into work clothes after going for a jog. I sincerely apologize to all my colleagues in the House. It was an honest mistake + it won’t happen again.

According to Chief Government Whip Mark Holland, the MP was “utterly mortified” by the incident.

Amos promised it won’t happen again but according to comments from social media users, the politician has nothing to be ashamed of. First of all, many pointed to him being in great shape for a 46-year-old father of two. Secondly, people wrote that whoever leaked the image should be ashamed for their behaviour – after all, it’s not only mean but also illegal.

I laughed at first but then I realized what a horrible breach of privacy this was. Find out who leaked it and take whatever legal action that is necessary

No worries. You're in decent shape and we're all naked under our clothes.
I once bent over to shoo a dog out of the room on a video call. T-shirt was shorter than I had thought. Participants caught a bit of my backside. It happens.🤝
Ignore the trolls.

Whether this was a male or female MP whoever took and shared this screenshot bears much responsibility.

Mistakes happen. Life will go on. Chin up!

Taking photos when parliament is in session is against the rules. Circulating your photo without your consent is illegal, IMO. Find out who leaked it and charge that person.

You need to take off your undies to change into work clothes?

No exchanging tops first and then bottoms second? You had to take off all of the jog wear first, then get completely nekked before you cld put on your work clothes?

Jogs are usually followed by showers