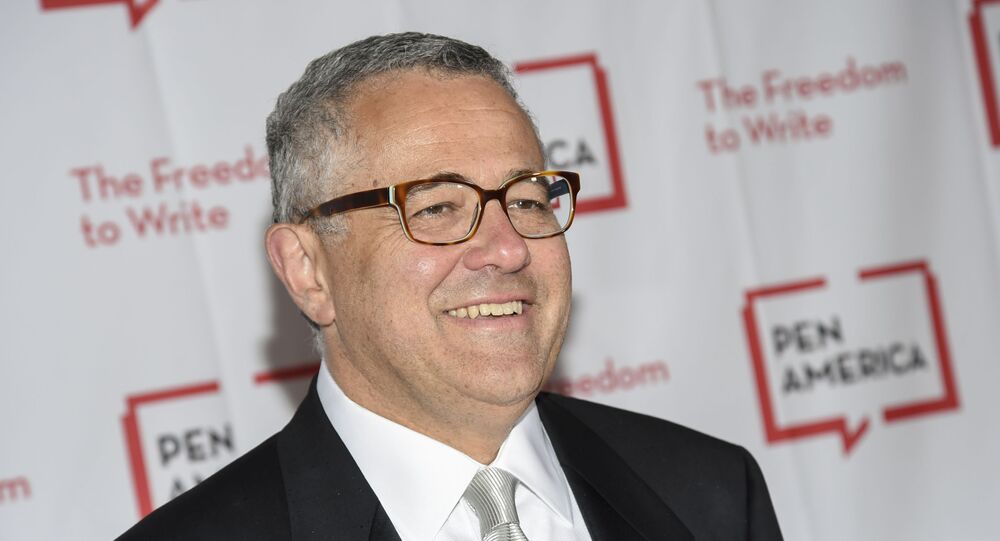 New details into Jeffrey Toobin’s scandalous self-exposure – now referred to as the “Zoom Dick Incident” – were shared by his New Yorker colleague Masha Gessen who was present during the call and was one of the first people to speak publicly about the infamous gathering.

“It wasn’t a full-out sexual act, but it was much more than a second,” Gessen, who is non-binary and asks to be referred to using they/them pronouns, told the New York Times.  “I was really, truly shocked.”

Gessen described the whole experience as “traumatic”, but still was ready to defend the colleague, who had spent several decades at the newspaper, which had now sacked him following the scandal.

“I think it’s tragic that a guy would get fired for really just doing something really stupid,” Gessen added.

“They just assumed he had done something terrible, but never told us what the terrible thing was,” Gladwell insisted.

“My only feeling — the only way I could explain it — was that Condé Nast had taken an unexpected turn toward traditional Catholic teaching,” the Canadian journalist said in a reference to the parent company of The New Yorker.

Gessen earlier suggested that the legendary reporter did not realise that his camera was turned on and people could see him.

The NYT however reported now that during the call, the 60-year-old Toobin “was seen lowering and raising his computer camera, exposing and touching his penis, and motioning an air kiss to someone other than his colleagues.”

Following a strong backlash, the Zoom Dick Incident has received and accusations of sexual misconduct, Toobin took a leave from CNN where he is a senior legal analyst. He has officially retained his post on the channel, despite being fired from the New Yorker.