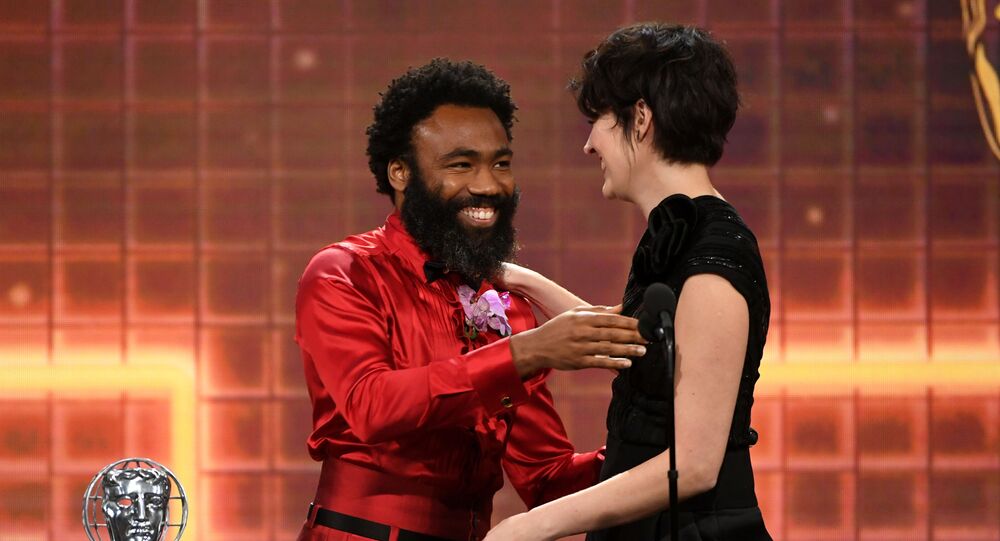 "Mr and Mrs Smith", an iconic Hollywood movie starring Brad Pitt and Angelina Jolie, pictured a spicy love rollercoaster between two killers-for-hire who are ordered to kill each other. The original movie was released in 2005.

After American actor and musician Donald Glover announced on Friday that he and British actress Phoebe Waller-Bridge would particpate in the rebooting of "Mr and Mrs Smith", adapting it for a TV series, it immediately caused a buzz on social media.

Glover, who is also known as Childish Gambino and the writer behind the show "Atlanta", and Waller-Bridge, famous for writing and starring in the hit "Fleabag" TV series, will team up to portray the main characters, as well as writing and producing the show for Amazon Prime.

“Talk about the dream team! Donald and Phoebe are two of the most talented creators and performers in the world. It’s truly a dream for us, as it will be for our global audience, to have these two forces of nature collaborating as a powerhouse creative team,” gushed Jennifer Salke, the head of Amazon Studios, while announcing the project, after Glover and Waller-Bridge teased the show in their Instagram accounts.

Opinions online appear to be divided. While some are more than excited to see what new concepts and ideas the two creators could bring to the iconic story of the two killers, others smirked over how "no one watched Mr and Mrs Smith for the writing" and suggested that the main thing about the main charachters is that they "are supposed to be hot".

Mr and Mrs smith are supposed to be sexy, this is so unsexy https://t.co/AgGuSjITn8

*watching mr. and mrs. Smith for the incredible plot*

Ok so 1 thing about Mr. and Mrs. Smith was they were attractive https://t.co/Xt8uDjRdHU

Mr and Mrs Smith with Brad Pitt and Angelina Jolie can never be recreated or outdone by any remake, period.

​Another group celebrated and expressed their delight with the project - about which, however, little is yet known. Despite that, netizens hoped for Glover and Waller-Bridge to refresh the original movie.

ok but I hope they're doing some work on the whole concept bc MR AND MRS SMITH isn't, how do you say this, good

Consider me already in line for that Glover/Waller-Bridge reboot of Mr. and Mrs. Smith 👀👀

I don't know why the creators of two of the best tv shows of the last decade are doing Mr and Mrs smith together but I'm still insanely excited to see this https://t.co/J0IhQiXTRz

​The new version of Mr and Mrs Smith is set for release in 2022, but, besides the Glover/Waller-Bridge duo, no specific details about the upcoming project have been disclosed.

Wait, What? HBO Breaks Silence on Why Samantha Won’t Appear in Remake of Sex and the City