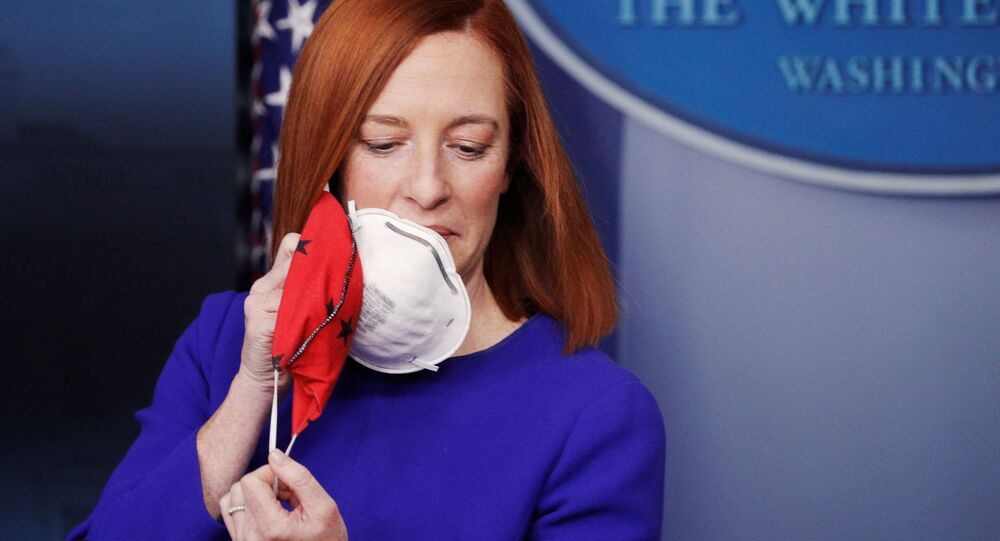 'Funny Dems Don't Know What Truth Is': Jen Psaki Trolled for Vowing to Bring 'Transparency' Back

Jennifer Psaki repeatedly grabbed global headlines between 2013 and 2015, when she served as a State Department spokesperson under then-US President Barack Obama.

Netizens have not thought twice about posting rather sarcastic comments pertaining to recent remarks by Jen Psaki, who was earlier nominated to serve as a White House press secretary under the Biden administration.

Speaking at her first news conference in this capacity on Wednesday, the 42-year-old pledged to help the US president bring "truth" back to the White House.

"[…] His [Joe Biden's] objective and his commitment is to bring transparency and truth back to government to share the truth even when it's hard to hear. And that's something that I hope to deliver on in this role as well", Psaki said as she was grilled with questions related to Biden's inaugural address, COVID-19, Iran, and many other topics.

Twitter users, however, remained sceptical about the White House press secretary's promise, with one netizen also making fun of Psaki's manner of speaking.

Psaki talks about transparency! When she was in Obama admin, they literally doctored video of an official State Dept video to remove a Psaki answer that subsequently became embarrassing during Iran talks. Then falsely claimed it was a "glitch." https://t.co/Rd8BXjXU6o

"Now if someone can stop her from saying 'um' every other word that would be great, especially when asked the tough questions, makes me doubt that transparency…", they noted.

The post was echoed by another, who argued that "funny Democrats don't know what truth is and transparency is not something they know either".

With regard to illegal immigrants she did say they would welcome those seeking to “avoid prosecution”. I initially thought she misspoke and meant ‘persecution’ but she probably meant it the way she said it. Truth and transparency after all.

I’m expecting the “if you like your doctor, you can keep your doctor” brand of “truth and transparency.”

Good. Hope they ask her 39 questions every day on Hunter....

Now if someone can stop her from saying “um” every other word that would be great, especially when asked the tough questions, makes me doubt that transparency ...

That's funny Democrats don't know what truth is. nd transparency is not something they know either.

Psaki repeatedly hit headlines while working as a State Department spokesperson between 2013 and 2015.

Her frequent utterance of "let me go back and check" was thought to be sort of her catchphrase at the time, something that was mocked in various memes.

© AFP 2021 / Nicholas KAMM
‘Not a Great Start’: Netizens Nonplussed as Jen Psaki Tags Wrong Person When Hailing Biden Staff Picks
When speaking about Russia-Ukraine gas relations in April 2014, Psaki raised many eyebrows when she assumed it was western Europe that was actually supplying Russia with natural gas.

In July 2013, pressed on whether the Obama administration viewed the recent military-led uprising that removed former Egyptian President Muhammad Morsi as a coup, Psaki said that "we have determined that we do not have to make a determination".

It's Magic, Harry! Psaki Able to Form Opinion of Law Without Studying It