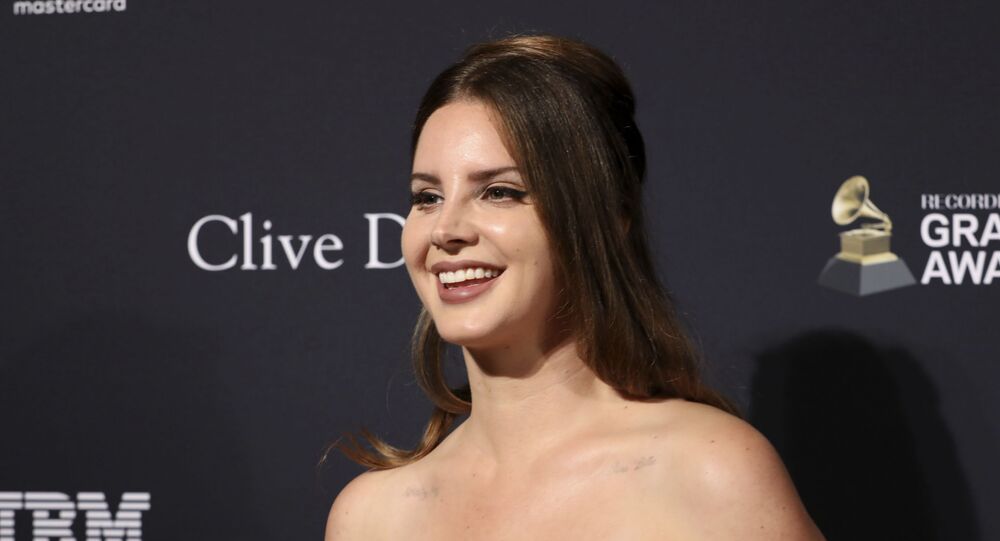 'They Are All White': Singer Lana Del Rey Criticised For Lack of Diversity on Her Album Cover

This is not the first time the musician has been accused of racial discrimination. In May of 2020, she posted a video on her social media showing people looting stores during a protest over the death of George Floyd, a move that was condemned by many netizens.

Singer Lana Del Rey has caused a stir on social media with the cover of her new highly anticipated album. The image posted on her Instagram showed a group of women dressed in 1950's outfits, including Del Rey herself. The singer captioned the image with the following statement:

"There's always turmoil and upheaval and in the midst of it- there's always beautiful music too introducing my new album chemtrails over the country club".

The album cover was not to the liking of some social media users, who criticised the musician for the lack of diversity and demanded she delete the image.

And coincidentally they're essentially all White. That's not a delusion, it's right there.

Wtf is this please delete we want another one

​The singer responded to the accusations by posting a statement in the comments section on Instagram. First she wrote that the people on the album cover are her best friends. Calling out a few of women by name, Del Rey emphasised that some of them were actually "people of colour".

"These are my friends this is my life. We are all a beautiful mix of everything- some more than others which is visible and celebrated in everything I do. In 11 years working I have always been extremely inclusive without even trying to. My best friends are rappers my boyfriends have been rappers. My dearest friends have been from all over the place", the musician wrote.

This statement, however, seemed to have added fuel to the fire, with netizens bluntly accusing the singer of racism.

Lol no she said that there are poc on the cover (but only mentioned that one of them is Mexican and left everyone else out??) but she also said she's dated rappers before. It's equivalent to "I'm not racist, I have black friends". It's very tone deaf

she needs to hire a better publicist ;( the rapper comment was racist and ppl can't just forget about it. I mean how else were we supposed to interpret that babe

​Even her own fans contended that she shouldn't have posted the statement.

​In response, the musician posted another statement defending herself, in which she even mentioned the people, who besieged the US Capitol last week.

"So before you make comments again about a WOC/POC [women of colour/ people of colour] issue, I'm not the one storming the capital [sic], I'm literally changing the world by putting my life and thoughts and love out there on the table 24 seven. Respect it", the singer wrote.

Many people voiced support for the singer, noting that there was nothing wrong with the cover.

Just wanted to point out as well that people are literally saying her cover looks racist when it's just Lana having fun with her friends??? Y'all literally don't give this woman a break

Having no POC in the cover or as friends it's not her fault!

​This is not the first time that Lana Del Rey has faced accusations of racism. During the protests against racial discrimination and police brutality that started at the end of May 2020 and dragged on for several months, the singer posted a video on her social media showing demonstrators looting stores. The move caused a strong backlash, with netizens saying the singer was endangering the lives of black demonstrators by deanonymizing them. Del Rey, who herself took part in the protests, later deleted the video.