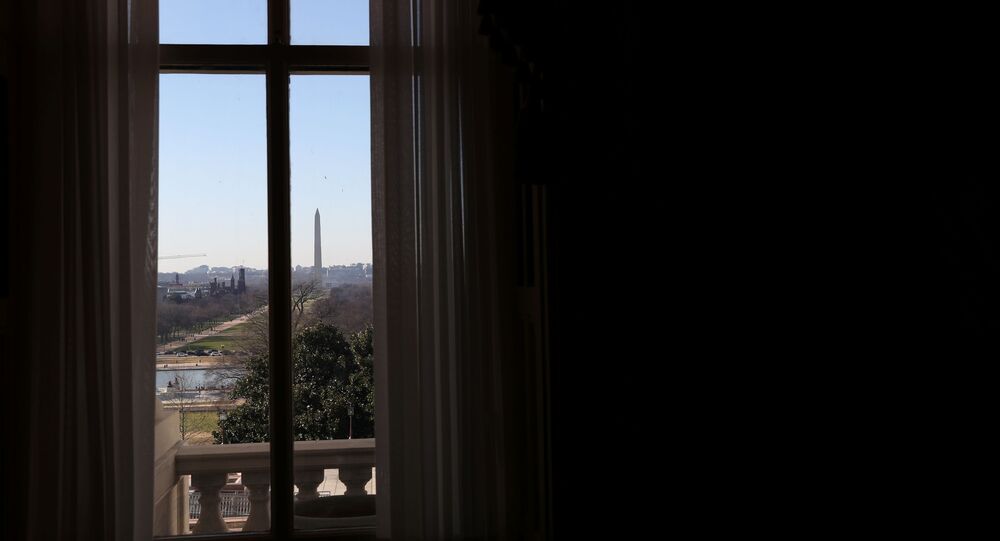 On Wednesday, a Republican Senator Josh Hawley voiced his intention to join an initiative to object to the results of the Electoral College vote during the congressional review scheduled for 6 January. The move to object emerged among some Republicans as a final attempt to challenge the election outcome.

After Republican Senator Josh Hawley of Missouri on Wednesday tweeted that he would object to the election results when the US Congress convenes to certify the vote, he prompted an intense reaction on Twitter - from backlash to calls for his resignation.

"Millions of voters concerned about election integrity deserve to be heard," Hawley tweeted. "I will object on January on their behalf."

Hawley pointed out that Democrats objected to election integrity following 2004 and 2016 election, outlining they were "entitled" to do so and stressing that GOP members of Congress have the same right.

"For these reasons, I will follow the same practice Democrat members of Congress have in years past and object during the certification process on January 6 to raise these critical issues", Hawley tweeted, referring to states allegedly breaching their own election rules and big tech corporations "interfering" the election.

Not everyone on Twitter is pleased with his decision. Particularly, a wave of calls for Hawley to resign followed his tweets, with the politicial action committee Meidas Touch seeing his intention as a "coup attempt".

If you take part in a coup attempt – no matter how inept the coup attempt might be – you should resign in shame immediately. #HawleyResign

Senator Hawley is a traitor who needs to resign immediately. #HawleyResign

If you want to see #HawleyResign then raise your hand!

​Some users went further by suggesting that the Senator be prosecuted for "sedition conspiracy".

Just asking for his resignation is not enough. The Senator and his fellow conspirators need to be prosecuted for 18 USC 2384

There was no fraud. Just because millions of voters believe the lies of the president about fraud does not mean those voters deserve to be heard. This argument makes no sense.

Millions more voters are concerned about their voices being silenced by you and Trump trying to steal the election. Over 81 million people made it loud and clear they want Trump gone. What about them?

ROTFLMAO...reading these comments it hilarious. They really think they can still win. 😆

Blunt: I can make Missouri a national laughinstock.
Hawley: Hold my beer.

​Others objected that the Democratic senators never stood against Trump certification in 2016. Back at the time, some Democratic members of House of Representatives objected to the Trump victory, but were not backed by Senators.

Interestingly, it was the then-US vice president and current President-elect Joe Biden who had to bring to order the House Democrats trying to object to the election results that gave Trump the win.

How stupid do you think we are? Zero (0) Democratic senators objected to Trump’s certification in 2016. I’m guessing if Trump had won the popular vote this time by millions but lost the electoral college you would have set yourself on fire by now.

​Another group of netizens supported Hawley's intention to object.

Election integrity shouldn’t be something that we have to fight for. THANK YOU FOR FIGHTING!

Bravo 👏 for standing up to do the right thing! The fraudulent election result cannot be accepted. 74 million Americans whose constitutional rights were violated by widespread & blatant fraud must have a say on Jan 6. Thank you for being that voice in the Senate chamber. pic.twitter.com/NuYSGTDNHK

Thank you Senator Hawley! I’m so proud to call you my Senator. Thank you to giving voice to we the people who elected you who have been crying out to be heard about the travesty that happened on Nov 3rd. We can not let this theft stand if we are to remain a free Republic

​Both the popular and the Electoral College vote saw Joe Biden the winner of the 2020 White House race, with the US electors handing him 306 votes, while Trump got 232. The result is expected to be certified in a joint session in the US Congress scheduled for 6 January.

Several GOP members have stated their intention to make a final attempt to cast doubt over the election outcome, planning to object to the certification of the vote, with the initiative led by Representative Mo Brooks. US Vice President Mike Pence, who will be leading the joint session, has refused to join the initiative.

The Republican president has consistently refused to concede and has spent weeks following Election Day unsuccessfully challenging the outcome of the presidential race in federal courts, as none of his legal efforts has brought results.

Tags:
Twitter, US Election 2020, US Senate, US
Community standardsDiscussion