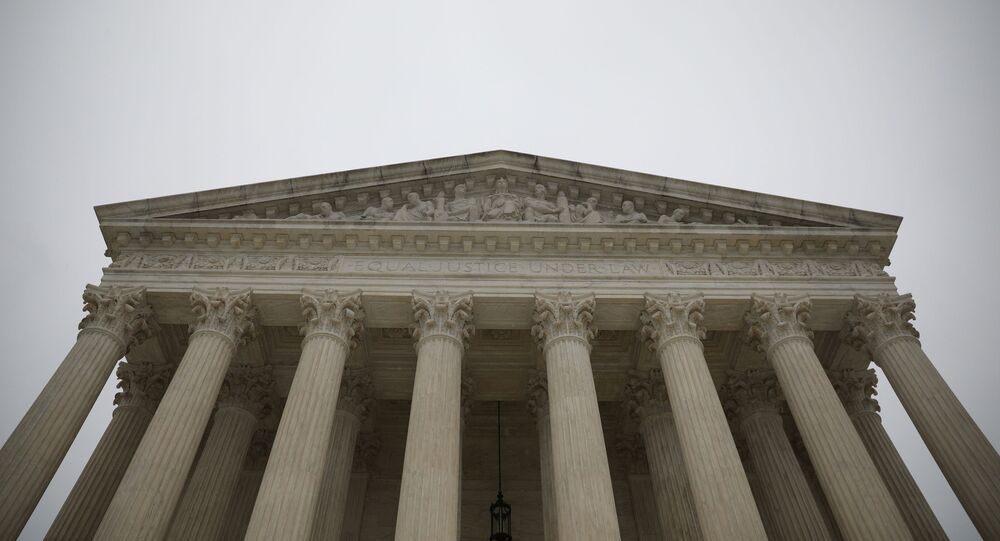 President Donald Trump's legal team has been claiming voter fraud in battleground states since after election day, with POTUS refusing to concede to Democratic President-elect Joe Biden, even though the Electoral College handed its voting majority to him earlier in December.

Trump campaign lead attorney Rudi Giuliani announced on Tuesday that the legal team filed a petition for a Writ of Certiorary with the US Supreme Court regarding the Wisconsin election results, seeking to invalidate them over alleged voter fraud.

According to the campaign statement, Wisconsin Supreme Court "allowed over 50,000 illegal absentee ballots in violation of Article II of the US Constitution and Wisconsin law".

Trump's legal team seeks "expedite consideration" before the Congressional review of the Electoral College vote that is scheduled for 6 January.

"Regrettably, the Wisconsin Supreme Court, in their 4-3 decision, refused to address the merits of out claim. This 'Cert Petition' asks them to address our claims, which, if allowed, would change the outcome of the election in Wisconsin", said Jim Troupis, Trump's lead attorney in Wisconsin. "Three members of the Wisconsin State Supreme Court, including the Chief Justice, agreed with many of the President's claims in written dissents from that court's December 14 order".

Giuliani says the Trump campaign is asking SCOTUS to overturn the Wisconsin Supreme Court’s ruling that upheld Biden’s win there, which is unlikely to go anywhere. The conservative WI justice who helped reject Trump’s effort to overturn the results now has extra police protection pic.twitter.com/tmrU58TRxO

​The statement is also supplemented with remarks from Professor John Eastman, a consitutional scholar at the conservative Claremont Institute, who praised the petition as "extremely persuasive".

"The federal constitutional issues raised by the case cannot be more clear", he said. "Article II of the Constitution, as interpreted in Bush v. Gore, assigns to the "legislature" the plenary power to determine the manner of choosing presidential electors, not executive officials, un-elected bureaucrats, or even the state's judiciary. That authority was eviscerated in Wisconsin, resulting in more than 50,000 illegal ballots being cast and counted."

The filing marks the campaign's second Constitutional challenge to what Trump claims was "illegal mail voting", with the first petition filed on 20 December from Pennsylvania.

Despite multiple fruitless federal lawsuits filed by the campaign, the Trump team continues to challenge the outcome of the election, as both the popular and the Electoral College votes have seen Joe Biden as the winner of the White House race.

Although the formal process of power transition has been launched, Trump has continued to refuse to concede to the president-elect, labeling him "a fake president" and insisting that the election was "rigged" by the Democratic party.

How Supreme Court’s Texas Ruling May Affect Battle Over Election Results in the US?