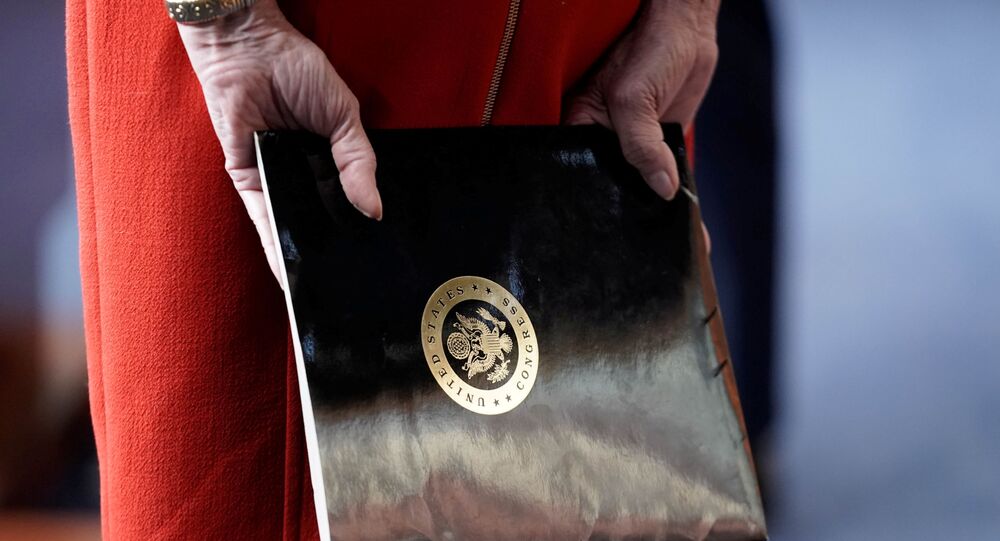 The United States, still the country most affected by the raging coronavirus pandemic, has not seen a coronavirus relief bill since April, as congressional leaders remained stuck in negotiations. A new agreement on another COVID aid package announced today, however, does not seem to bring joy to most Americans.

After US congressional leaders on Sunday announced that they had finally agreed on a new coronavirus relief bill, the decision immediately prompted a wave of reactions, and not all of those reacting were optimistic.

The bill, teased amid Democrats touting that they would "crush the virus and put the money in the pockets of the American people" and Republicans promising that "more help is on the way", caused outrage among netizens over what most consider to be a paltry direct payment sum to individuals, at a mere $600.

The amount of money is seen by many as "insulting" and "shameful", with many users suggesting that amount is "even worse than doing nothing".

In a hurricane of negative comments regarding the bill, netizens slammed both parties, Republican and Democrat, for the decision.

After all this drama all they came up with was 600 measly dollars for average Americans but more fucking tax breaks for their donors. The GOP hates Americans. They only love the dollar. Do the right thing Georgia. Make Mitch McConnell irrelevant again.

Hey @SpeakerPelosi, how much of that fancy ice cream will $600 buy me?

I want the country open again.

Who feels the same?

"Yes, we're racking up a trillion dollars of new debt, and no, you can't open up your business. Don't worry though, here's $600, peasants! Don't spend it all in one place!"

​Even the Twitter CEO, Jack Dorsey, expressed indignation over the $600 amount, slamming the sum while referring to "fiat money" - government-issued currency not backed by a commodity such as gold. One user responded to him, suggesting that "other countries are sending thousands of dollars per month to their citizens".

Other countries are sending thousands of dollars per month to their citizens.

​Dorsey's reaction, however, was not accepted warmly by everyone, with many recalling how much money the Twitter CEO has.

Jack Dorsey is worth $12+ billion.

If he really has a problem with the $600 he could give away the majority of his wealth and still live like a king.

​The most recent coronavirus relief bill was announced earlier on Sunday by Senate Majority Leader Mitch McConnell. It will now head to the Democratic-led House of Representatives and move on to the Republican-controlled Senate. If passed, the deal will have to be signed into law by US President Donald Trump.