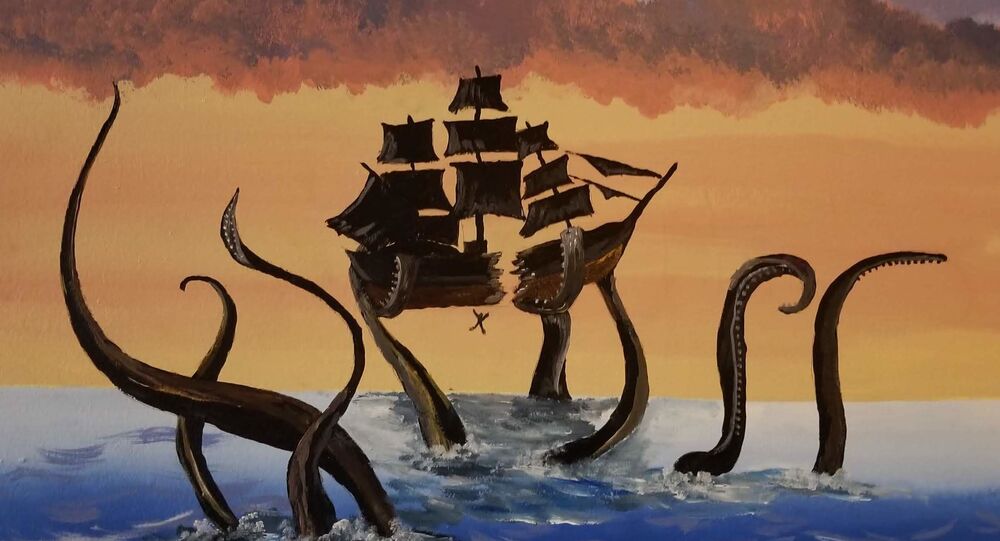 #KrakenOnSteroids: Twitter Ripped as Powell Reacts to Trump Team Move to Distance Itself From Her

Earlier in the day, the Trump campaign announced that lawyer Sidney Powell was not a part of its legal team, asserting that she is practising law on her own. Before that, Powell teased that the GOP allies of Trump are to soon release a so-called "Kraken" and "biblical" revelations regarding the alleged "election fraud".

Social media exploded after Sidney Powell - an attorney that the Trump campaign distanced itself from earlier in the day - reacted to the news, issuing a press statement to CBS News, which she finished off with a hashtag - #KrakenOnSteroids.

"I understand today's press release," she said. "I will continue to represent #WeThePeople who had their votes for Trump and other Republicans stolen by massive fraud through Dominion and Smartmatic, and we will be filing suit soon. The chips will fall where they may, and we will defend the foundations of this great Republic. #KrakenOnSteroids", Powell told CBS News.

This was enough for Twitter to propel her name to the trends, as users were not able to stop the Kraken jokes - with the former Cybersecurity and Infrastructure Security Agency (CISA) head Chris Krebs, who was fired by Trump earlier in the week, being one of the first.

I guess you could say they "released" the Kraken

#KrakenOnSteroids is pretty much what this year has felt like.

I was promised a Kraken and a lawsuit of biblical proportions, instead I got Rudy Giuliani melting on stage and a conspiracy theorist who was a bridge too far for even Donald Trump

In fairness, the #KrakenOnSteroids press release was dictated from under a bus, so there might have been a transcription error.

Oh damn it. I did not have #KrakenOnSteroids on my 2020 bingo card.

​The fate of the yet unreleased Kraken seemed to raise concerns among netizens.

Now that @SidneyPowell1 has been fired, who’s going to release the Kraken? Rudy, Don Jr or Ivanka?

Well I guess they actually did release the Kraken.

They just failed to tell us that it was Sidney Powell herself...#KrakenOnSteroids

​​​​Some immediately advised Powell to take Trump's example and simply refuse to concede.

Sidney Powell should refuse to concede her position from Trump’s legal team!!!

​Others ridiculed the fact that she injected a hashtag into a press statement.

You get to do that when you practice law on your own https://t.co/u6F9dq0YTk

Some netizens carped at the very definition of what a Kraken on steroids could be.

Also... can we talk about #KrakenOnSteroids... A kraken... is already a squid on steroids... I just... pic.twitter.com/kChiP98Fsg

​However, the opposite group of twitterati interpreted Powell's statement as the equivalent of a call to "trust the plan".

They didn’t bring us this far for the Trump Train to run out of gas, so keep the faith.

​A Trump lawyer, Rudy Giuliani, and a Trump campaign senior legal advisor, Jenna Ellis, released a statement earlier on Sunday, clarifying that Sidney Powell was not a member of Trump's legal team and suggested that she was, instead, "practicing law on her own" and "is not a lawyer for the president in his personal capacity".

Before Powell could react, netizens noted that Trump, in a November tweet, explicitly referred to her as part of a team set to defend his claims of "election fraud" in the 2020 election.

Powell touted the release of her so-called "Kraken", along with "biblical revelations", in describing evidence of alleged "election fraud" that the Trump campaign believes was behind Joe Biden's projected win in the 2020 election.