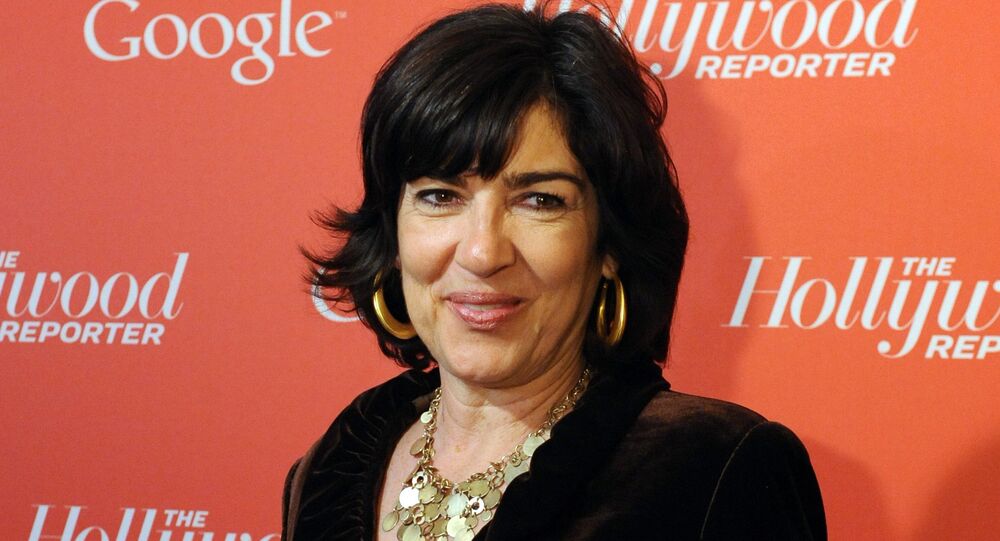 President Donald Trump has contested the preliminary results of US election that are yet to be certified, after the American media proclaimed his Democratic challenger the new president-elect. However, he has reportedly told investigative journalist Geraldo Rivera that he was still a “realist”.

CNN International host Christiane Amanpour has received a strong backlash after bringing up the anniversary of infamous Night of Broken Glass, or ‘Kristallnacht’, a Nazi pogrom against Jews, to slam Donald Trump’s term, while cheering for Joe Biden’s potential presidency.

“This week 82 years ago, Kristallnacht happened,” the London-based anchor said in the beginning of her report.

“It was the Nazis' warning shot across the bow of our human civilisation that led to genocide against a whole identity and, in that tower of burning books, it led to an attack on fact, knowledge, history and proof,” Amanpour continued.

“After four years of a modern-day assault on those same values by Donald Trump, the Biden-Harris team pledges a return to normal.”

Kristallnacht, which literally translates as the ‘Night of Crystal’ or ‘Night of Broken Glass’, was a nationwide pogrom carried out by the Nazi Party’s SA paramilitary forces against Jews across Germany on 9-10 November 1938. Nearly a hundred Jews were murdered throughout the night, according to official estimates, and countless businesses and synagogues were vandalised or destroyed, leaving the streets littered with broken glass. Kristallnacht is believed to have heralded the tragic events associated with deadly Holocaust.

Amanpour’s vivid comparison has caused a clamour among her colleagues, with FourthWatch’s Steve Krakauer, who retweeted the piece, maintaining that it was “obscene” and “outrageous” to compare the US President's tenure to Nazi atrocities by saying that “they ‘assault’ the ‘same values’”.

.@CAmanpour comparing Trump to Hitler and Kristallnacht, saying they “assault” the “same values” is obscene and outrageous. But Amanpour alone should not be condemned - it took writers, producers and executives at CNN to allow this inflammatory nonsense on the air. pic.twitter.com/uSbDo1V3Va

​“While Christiane Amanpour enjoys her elite London life and casually throws around Nazi analogies to Donald Trump and his administration, more Jews, Hispanics, Black Americans, LGBT Americans voted for Trump in 2020 than 2016 and for a GOP candidate for president for decades,” the journalist added.

The Orthodox Jewish Public Affairs Council tweeted that it was “despicable” to link “verbal fact-checking of a POTUS to a Nazi pogrom in which dozens of Jews were murdered”.

The vice president of Media Research Center, Dan Gainor, argued that the channel should be “embarrassed” by the piece which was “disgusting and foul even for CNN”.

“No rational person considers Amanpour an objective reporter. She has claimed journalists are the ‘truth tellers’. But there’s no truth in that reporting,” Gainor told Fox News. “It’s just a demented hit job trying to paint a president who has repeatedly aided Israel and the Jewish community and whose own daughter and grandchildren are Jewish as a Nazi. To use their own slogan: ‘This is CNN.’”

Viewers across the net were also outraged by the graphic comparison, which many believed had nothing to do with reality, and called upon the channel to fire the 62-year-old anchor.

How and why do they continue to have a license to broadcast?!?

She should be fired!

Shame on her! Six million Jews were put in death camps, starved, beaten, tortured, and experimented on before they were either worked or gas to death! How dare she say such a thing about a U.S. President that has accomplished so much in four years for Americans. She’s a has-been!

Everything the trashy excuse for a reporter just said was completely fabricated by CNN. The worse news station in the history of news. It’s shameful how abusive to people that news stations do not report news! Wow.

Despicable @camanpour overlooked the fact that Trump's daughter and son-in-law are Jewish. But facts never get in the way of @CNN's disgusting liberal propaganda. Just when you think they can't go any lower... I pity the fools who eat up this garbage.

That's right. This is despicable. They all should have regret for this reporting effort.

CNN has not commented on the controversy so far when approached by other channels.

Meanwhile, the US media is now calling Joe Biden president-elect after announcing that he had won the states of Pennsylvania and now Georgia, despite votes still being counted.

Incumbent President Donald Trump has disputed these preliminary results with legal challenges, citing widespread election fraud, ballot tampering and a lack of transparency and oversight in vote counting. However, TV host and investigative journalist Geraldo Rivera said on Friday that Trump had told him in a phone conversation that he was a “realist” and would concede if he was "satisfied that every legitimate vote had been counted and every illegitimate vote had been thrown out”.