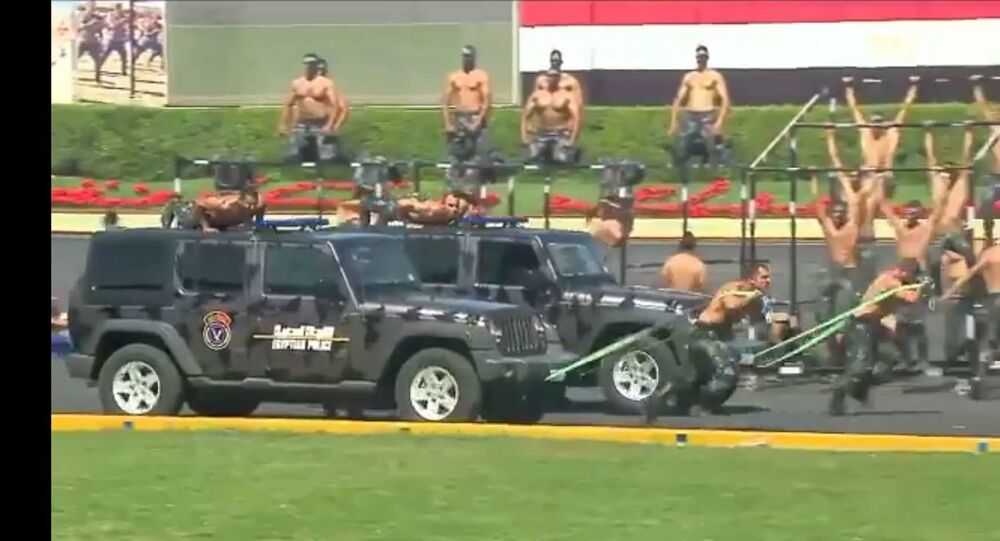 Twitter users asked if the muscle-bound police academy graduates had used up all the whey powder in Africa and how they managed to hold their breath for so long, while others compared the shirt-free motorcade to a Gay Pride event.

A video of Egyptian police recruits flexing their muscles at their graduation parade has gone viral, provoking LOLz in Twitter users.

​Bare-chested graduates from the Egyptian Police Academy show off their rock-hard abs by having concrete blocks smashed on their sternums, others leap through rings of fire or dive beneath a flaming cable spool as it rolls over them.

© Flickr / James
US Officer Accidentally Kills Woman During 'Shoot/Don't Shoot' Role Play Drill at Florida Police Academy
In shots reminiscent of the annual World's Strongest Man (WSM) tournament, the newly-minted cops also pull SUVs behind them - with their comrades doing press-ups on the roof. Sadly there were no Atlas Stones - the event that sports the men from the boys at WSM.

There were also acrobatics displays to entertain President Abdel Fattah el-Sisi, with cadets somersaulting over giant tyres, vehicles, a cable suspended between two moving motorcycles and even a rack of sharp spikes.

Twitter users poked fun at the 'circus-like spectacle', with some comparing it to a Gay Pride parade.