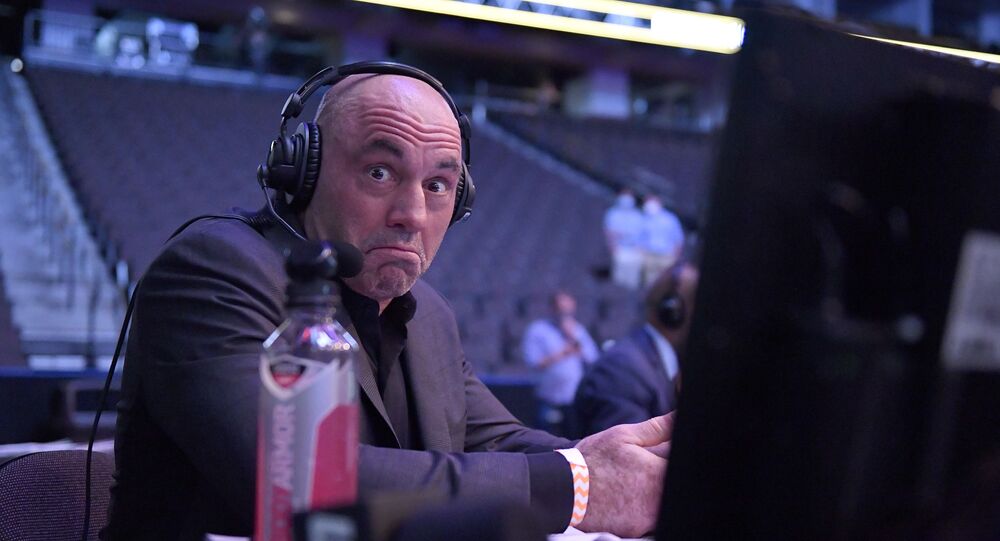 The stand-up comedian and host earlier this month offered to moderate the debate between the two presidential candidates, but had several conditions: the event would be held without an audience, last for four hours, and not be edited. Donald Trump said he would be willing to participate. Joe Biden did not respond to the invitation.

Some in the United States are calling on Joe Rogan to moderate the remaining two presidential debates between Donald Trump and Joe Biden after the first round went of the rails. Fox New anchor Chris Wallace was criticised for failing to control both participants.

Oliver Darcy, a CNN reporter described the first debate as a "disgrace" and said Wallace bears "responsibility for the circus that aired on national TV".

Shortly after the debate was aired people took to social media to express their frustration and said they want Joe Rogan to occupy the moderator's chair.

We could have had Joe Rogan but we got Chris Wallace

KICK OFF CHRIS WALLACE AND GET JOE ROGAN IN HERE ASAP.

I cant believe how one sided Wallace was . Not to mention useless. They need to hire a real commentator like Joe Rogan

​Even people who initially thought Wallace would be a good candidate to moderate presidential debates were disappointed with him.

Honestly thought Chris Wallace was a good choice. After tonight I can comfortably say Joe Rogan would have done a much better job. That's the state of things.

​Some social media users even showed what a debate moderated by Joe Rogan would potentially look like.

​The host of a popular podcast that has interviewed many scientists, economists, and politicians, including 2016 and 2020 presidential hopeful Bernie Sanders, Elon Musk, Tulsi Gabbard, Andrew Yang, hinted, however, that only a mixed martial arts referee would succeed in controlling Biden and Trump.

You don’t need me to handle this “debate,” you need @johnmccarthymma.

A new poll conducted by Hill-HarrisX found that 69 percent of the 900-plus respondents are either very or somewhat likely to watch presidential debates moderated by Rogan if they were to happen, while 31 opposed the idea. Both Democrats and Republicans backed his candidacy.

And a petition on the website Change.org calling for a Rogan-moderated event has so far gained 284,000 signatures (at the moment of writing) of the needed 300,000.

Earlier this month, Rogan offered to moderate debates between Trump and Biden in order to prevent biased coverage of the event. However, he made several conditions: there will be no one else in the room, the event will last for four hours without breaks, and will not be edited. Trump said he would be willing to participate. Joe Biden didn't respond to the invitation.

Supporters of Biden criticised the idea saying Rogan supports Trump, despite the podcast host not voting for the Republican in 2016. Rogan himself is not affiliated with any political party, but his views can be described as liberal – he supports gay marriage, women’s rights, recreational drug use, and universal healthcare.