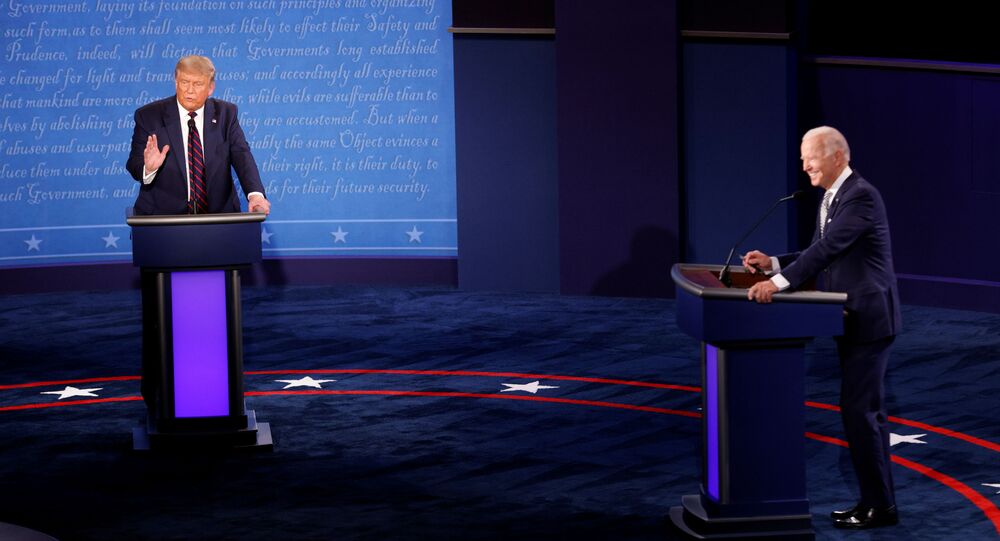 Prior to the first presidential debate against Trump, Democratic nominee Biden released his tax returns, putting pressure on the US president to do the same.

Donald Trump said during the Tuesday debate against Democratic presidential candidate Joe Biden that he has paid "millions of dollars" in income tax, adding that one year, it even reached $38 million.

"Show us your tax returns", Biden pressured Trump, to which the president replied he will do that but only after they are "finished".

Biden said that he is going to eliminate Trump's tax cuts.

Wallace: “Is it true that you paid $750 in federal income taxes each of those 2 years?”

The New York Times published an article on Sunday claiming that Trump paid $750 each for 2016 as well as 2017 and that he paid no income taxes at all in ten of the previous 15 years. The president dismissed the claims as another piece of "fake news" in a series of tweets, adding that he was entitled to depreciation and tax credits like everyone else.

The Fake News Media, just like Election time 2016, is bringing up my Taxes & all sorts of other nonsense with illegally obtained information & only bad intent. I paid many millions of dollars in taxes but was entitled, like everyone else, to depreciation & tax credits.....