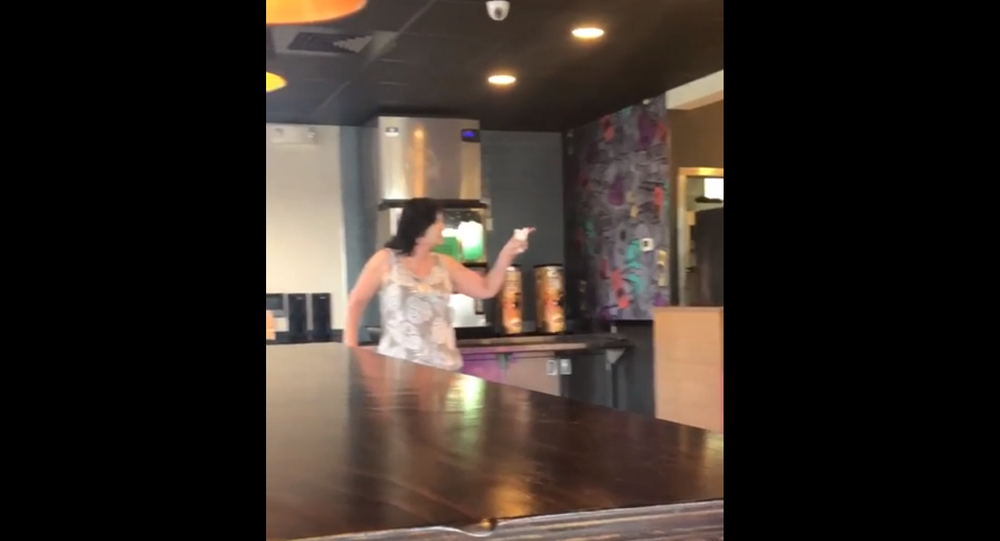 A video of a woman lambasting Taco Bell staffers because of the price of tacos was first shared on Reddit on Tuesday before going viral. Apart from spewing insults at the employees, the customer also claimed that she is a daughter of Charles Manson - a US-born criminal and cult leader.

A video of a woman who became too outrageous over the price of tacos that she had ordered at Taco Bell and  lashed out at the staffers, asserting that she is a daughter of notorious criminal Charles Manson, went viral.

First posted on Reddit, the video revealed a woman, initially calm, ordering tacos, but then becoming furious, sweeping away her tray and demanding her "f***ing food" while calling the staffer a "punk".

Staffers can be heard asking the woman to leave if she is not satisfied with the price, but that does not seem to calm her down - although she does eventually leave, never ceasing her verbal shots at the staffers.

Following the incident, ​Taco Bell commended its employess for dealing with a "difficult" situation, noting that the company "does not tolerate any kind of harassment or discrimination".

"The franchisee who operates this location confirmed that no one was injured, and we are proud of the team members present who handled the difficult situation with such patience", the company told Fox News.

Manson, who the woman claimed was her father, was an American criminal and leader of the cult "Manson Family", with its followers committing a series of high-profile murders in southern California. Manson was originally sentenced to death, but later his sentence was commuted to life. He died in prison at the age of 83.