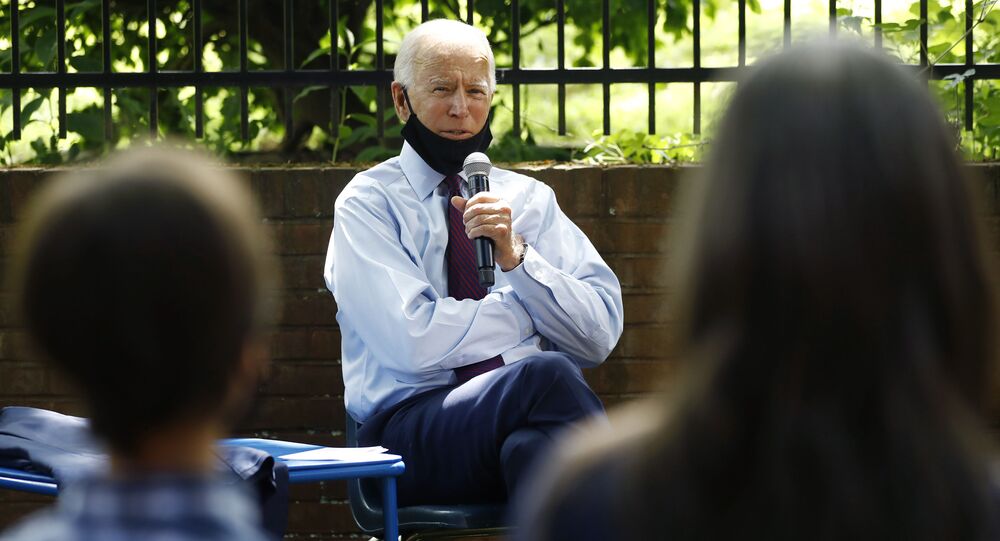 In March, a tweet by White House Director of Social Media Dan Scavino, featuring an edited clip of Joe Biden, was labeled by Twitter as “manipulated media”. The official has now come up with a new cutting of a recent Biden speech, which some say does not present the presumptive Democratic candidate in the best light.

Dan Scavino, American political adviser and White House Deputy Chief of Staff for Communications, shared an edited clip compiled of cuts from Joe Biden’s online address to the International Brotherhood of Electrical Workers from his personal account, sparking a joke contest among netizens.

The footage, some parts of which bore the ABC News Live logo, suggested that Biden was visibly confused by his own remarks, according to Twitter comments that followed the post. The Democratic candidate was shown as not remembering parts of a question he was asked. Some social media users suggested that the former vice president was experiencing mental health issues and was probably not feeling well.

Its kind of a joke that half the nation thinks this should be our President.. The people in the DNC need to stop the shenanigans and get a competent warm body as their front runner.. I'm not sure what exactly they are trying to prove by parading this poor dude around.

Biden is not well and we all know it. https://t.co/RqGlxIS0Nr

Is there some kind of "magic" trick Sleepy Joe have hidden in his pocket? This guy should be in the nursing home drinking his Metamucil slushies.

Why is @JoeBiden’s family putting him through this.. They should be held accountable, as they know the truth and are not informing the American People of Biden’s cognitive deteration.

This is tragic. Joe clearly has some degree of dementia and to put someone out there in this state of mind is cruel. What happened to elder abuse? Is that no longer a thing in 2020?

Scavino himself did not comment on the shared video. However, his March tweet, also featuring video of Joe Biden, was earlier flagged by Twitter with a “manipulated media” tag.

© REUTERS / Kevin Lamarque
Biden’ My Time: Soviet Newspaper Reveals What the Democratic Candidate Did Back in the USSR
The clip showed Biden’s address to a Kansas City crowd, giving the impression that the former vice president was urging people to vote for Donald Trump, who twice shared the video.

It is not the first time that social media users have pointed out alleged inconsistencies in Joe Biden’s public addresses. Speculation about a potential deterioration in the politician’s mental state prompted him to request his doctor Kevin O’Connor to release his medical assessment this week, which described Biden as a “healthy, vigorous 77-year-old male”.