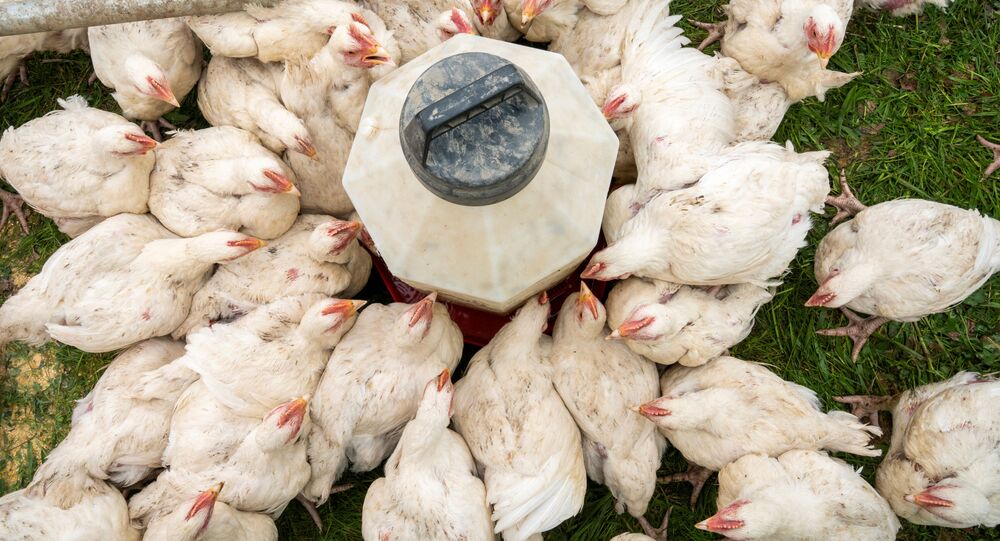 The 'dual tariff' regime will allow different levels of duty on imported foods and meats, depending on whether they meet current UK standards. Opening up the UK to the lightly-regulated US agriculture market has been a contentious issue in US-UK trade talks.

The UK government is set to open British markets to allow imports of US chlorine-dipped chicken, as part of London's planned trade deal with US President Donald Trump, according to the Financial Times.

Downing Street has said that UK PM Boris Johnson is considering allowing the importation of US farm products that are produced to lower health standards than in the UK into British markets, as part of a “dual tariff regime.”

Among the latter are hormone-fed beef and chlorinated chicken meat. In the framework of the deal, production could reportedly  be permitted to be imported from the US, with tariffs being implemented.

Lower tariffs will be applied to food produced organically, in order to encourage foreign producers to raise their animal welfare to British standards, according to the Telegraph.

The National Farmers' Union said the scheme was "a significant step forwards" because it would protect the UK market and consumers from food produced below British standards.

However Brexiteers, such as International Trade Secretary Liz Truss who is overseeing the UK-US negotiations, would like to reduce these tariffs to zero over the next ten years to give UK farmers time to adjust, according to the Telegraph.

The dual tariff regime was proposed on Monday at a ministerial meeting and will be put forward to the US as part of a post-Brexit trade deal.

Twitter users shared their reactions under the trend #chlorinatedchicken.

One tweeted that they would turn vegetarian rather than buy chlorinated chicken.

I wont be buying it, even if the only way to avoid it is turning vegetarian. Bloody Tories, bloody Brexit. #chlorinatedchicken

Between COVID-19 originating in meat and now #chlorinatedchicken coming to the UK, it's seeming like a better time than ever to go full vegan. 🤔

​Another user expressed concerns of salmonella from consuming the products.

In the US they have 1,200,000 cases of salmonella per year. In the UK we have just 8,500. Adjusting for population, you are more than 29X more likely to get Salmonella in the US. Enjoy their#chlorinatedchicken everyone! 🍗

​One noted that British farmers must be protected.

We do NOT want #chlorinatedchicken in the UK. If anything we should prioritise British farming. No one voted to adopt US food standards.

​Another suggested that the low food production standards could cause of a COVID-20.

We literally have just gone through a pandemic because of a lack of food standards. Why do you think the chicken is chlorinated!!!!! The birds are treated terribly! #covidpart2 #chlorinatedchicken

#chlorinatedchicken better not be supplied to uk supermarkets bc if they do I will not be shopping there. Anything labelled made in USA will stay on the shelf. Now is a good time to use your local butcher or become Vegetarian.

​One concerned user warned that the NHS will be next.

Everyone complaining about the Tories allowing Trump’s #chlorinatedchicken in, just wait ‘til they sell the #NHS to him.

UK's Virgin Atlantic Airline to Resume Flights to US, China on 20 July