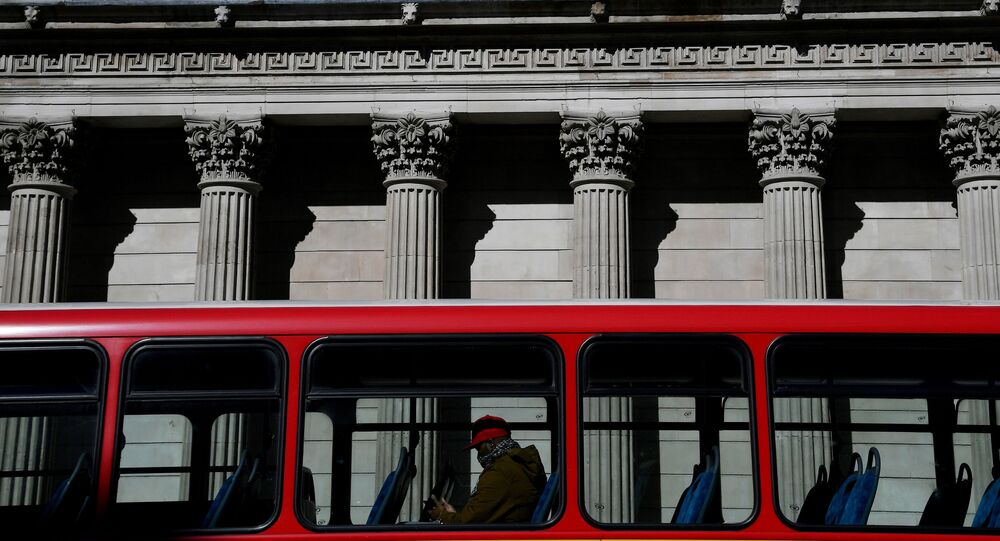 BoE: UK Banks Need to Prepare for No Deal as a Possible Outcome of Trade Talks With EU

Currently, the EU and the UK are continuing bilateral post-Brexit trade talks amid concerns that negotiations may finally come to a standstill.

The Bank of England (BoE) has urged British banks to brace for a possible scenario of there not being a post-Brexit trade deal between the UK and the EU.

"As we have said previously, the possibility that negotiations between the UK and EU over a future trading relationship might not conclude in a deal is one of a number of outcomes that UK banks need to prepare for over the coming months", the BoE said in a statement on Wednesday.

The BoE also underscored that “it’s fundamental to the Bank of England's remit that it prepares the UK financial system for all risks that it might face”.

“In performing that role, the [BoE] governor meets the leadership of UK banks on a very regular basis”, the bank underlined.

The statement comes after Sky News quoted BoE Governor Andrew Bailey as saying earlier on Wednesday that banks should intensify their efforts pertaining to planning for there not being a post-Brexit deal.

The remarks followed unnamed diplomatic sources cited by The Times as saying earlier this week that the UK may signal its readiness to reach a consensus with the EU on trade regulations and fisheries if Brussels scraps its “maximalist” demands on the matter.

One of the sources claimed that “there is only one way to get things moving and that is for the UK side to move and then, as [British chief negotiator David] Frost knows full well, the EU will move too”.

This was preceded by EU chief negotiator Michel Barnier warning of a possible no-deal Brexit if London fails to adhere to the political declaration earlier signed with the European Commission.

He told The Times last week that there would not be an agreement “at any cost” and that “the UK has been taking a step back — two steps back, three steps back — from the original commitments”.

The two sides currently remain at loggerheads over the post-Brexit trade talks, as Barnier and Frost are blaming each other for a potential stalemate.

The EU official insists that a "new dynamism" is needed in the negotiations, while Frost argues that the EU's proposed deal "contains novel and unbalanced proposals which would bind this country to EU law or standards".