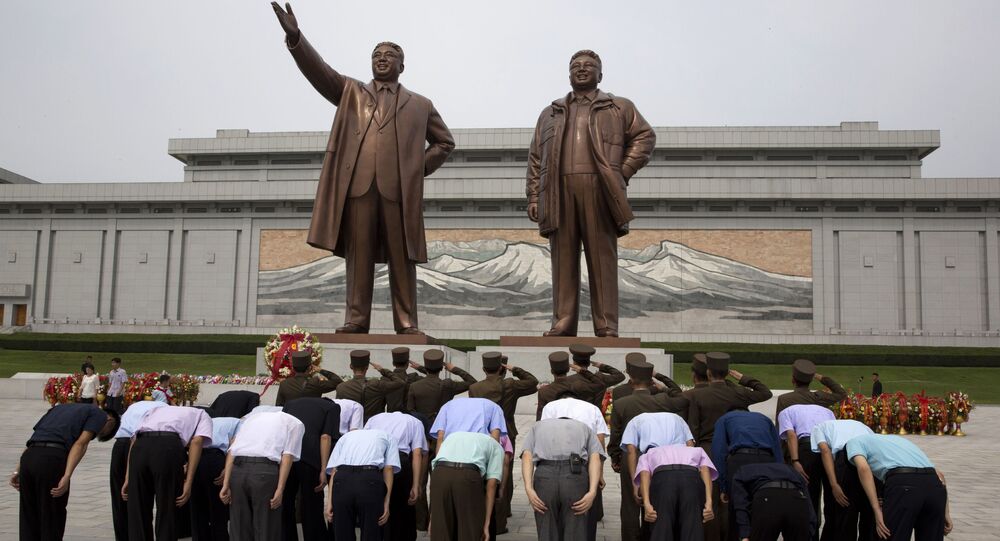 For decades North Korea has been one of the most secretive nations in the world with details of life there shrouded in mystery. This secrecy has sparked a lot of rumours about the country’s leaders.

North Korean media has reportedly admitted that founder of the nation, Kim Il-sung, and the country’s other leaders don’t have supernatural powers allowing them to teleport, according to South Korea’s Yonhap News Agency. According to the outlet, North Korean newspaper Rodong Sinmun, the mouthpiece of the nation's ruling party wrote on 20 May, that Kim Il-sung, who ruled North Korea from its establishment in 1948 until his death in 1994 didn’t have the ability to perform chukjibop, literally - a method of shrinking the Earth, a mystical method reportedly used in martial arts to teleport to an enemy.

"In fact people, can’t disappear and reappear by folding space”, the newspaper wrote in its report.

According to Radio Free Asia, one popular myth in North Korea is that the founder of the nation reportedly used chukjibop in battles against Japanese soldiers when he led a guerilla campaign against Japan, who had occupied all of Korea from 1910 to 1945.

Radio Free Asia reported that the news marks a change in how the state media speaks about national leaders. The outlet cited South Korean officials, who analysed the North Korean media, as saying that reports idolising former leaders have been in decline since Kim Jong-un came to power.

Commenting on the development, South Korea’s unification ministry said the demystification process is noteworthy. "It appears to stress patriotism and love for the people rather than mystification of the leaders", the official told the Yonhap News Agency.

It appears that North Korea’s incumbent leader Kim Jong-un is himself opposed to the mystification of leaders. "Mystifying a leader's revolutionary activity and appearance would result in covering the truth", Kim Jong-un was quoted as saying in state media in March 2019. "Absolute loyalty would spring up when (they) are mesmerised by the leader humanly and comradely".