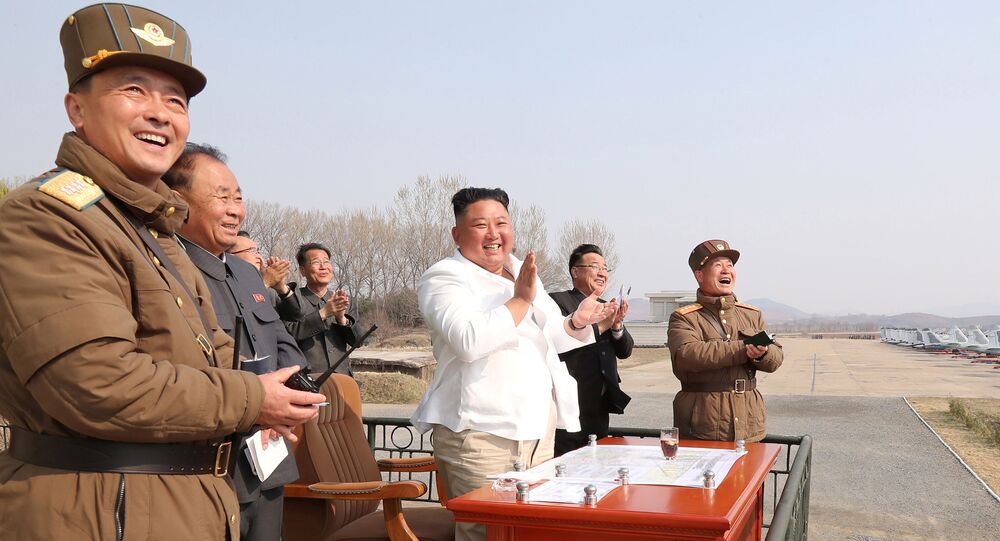 Although recent images published by North Korean television of the country’s smiling leader partaking in a ribbon-cutting ceremony somewhat dispelled numerous allegations of Kim’s poor health, they've continued to persist with no less vehemence than before, following another three weeks of Kim being out of the limelight.

As North Korean authorities have remained silent over continued allegations that Kim Jong-un might be seriously ill or even dead, after further absences from public life, a high-ranking military security guard has claimed that a road used exclusively by the leader in the city of Samjiyon, where North Koreans are said to pick special medicinal plants for sale, witnessed puzzling activity some days ago.

"From 9 May, the Supreme Guard Command suddenly intensified its control over an exclusive road used by the leader heading up to the villa over a period of 10 days", a Ryanggang Province-based source told the Daily NK.

The source explained that the road used exclusively by Kim would be typically patrolled once a day by a two-man team, however over the said stint, "a mobile sentry post was set up around 50 metres from the entrance to the road and a single armed guard stood there who rotated out every two hours", he added.

The source also claimed that Supreme Guard Command officials who protect Kim were seen patrolling the road with "wartime" gear on.

The road is said to have been frequently used by Kim, as he heads to his Samjiyon villa, one of his multiple residences in the country.

The claims come on the heels of a number of allegations that his sister Kim Yo-jong, who was earlier reported to have been specially prepared to take over for her elder brother should anything happen to him, has been running room 39, a mysterious department that generates cash in the country. The latter division is reportedly involved in smuggling gold, drugs, counterfeit viagra, etc. for the country to raise sufficient funds to engage in nuclear programmes, the US has claimed.

Meanwhile, according to another recent report by NK News, Kim Jong-un's Supreme Commander emblem has been erased from Korean TV. The media outlet indicated that the signature emblem, made up of a marshal's star and wreath, was missing in multiple shows about Kim and covered up in one segment that airs daily on Korean Central Television.

Rumours about Kim's health and well-being have been circulating in the international press and on social media after he failed to attend the landmark national event on 15 April - the anniversary of his grandfather's birthday and the founding date of North Korea.

In early May, the KCNA news agency released photos featuring Kim inspecting a fertiliser plant, with the news dealing a grand blow to the snowballing rumours about anything from the leader's botched heart surgery to being on his death bed.

However, US intelligence allegedly hasn't been able to confirm the veracity of the images, with many others taking them with a pinch of salt apparently unconvinced about Kim's good health unless further proof arrives.