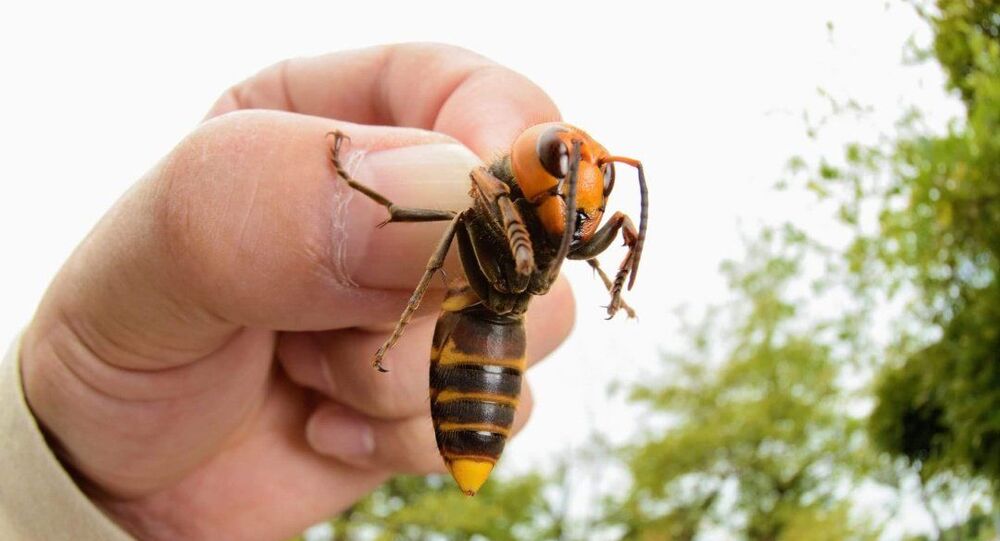 Giant killer hornets over 5 centimetres long reside in the forests of East Asia and have killed up to 50 people a year in Japan alone, using a potent quarter-inch-long stinger that is capable of dissolving human flesh.

If you think you have little trouble falling asleep or that you are a fan of insects, you better join the other half a million Internet users already terrified by a graphic video of a killer giant hornet murdering the mouse which is almost as big as the ferocious insect.

As US residents have been warned of a possible hornet invasion, especially in the New York area, the repellent 2018 video has reemerged to again terrify the Internet.

"At this point 2020 is canceled", comments on YouTube say, while viewers shiver at the sight of the "poor mouse" being actually tortured by the hornet. The scariest thing about the killer hornet is that you do not actually even want to kill it, as their venom "is like a magnet to other hornets" and the "scent is going to be airborne, and the rest of the hive will come", according to retired New York Police Department beekeeper Anthony 'Tony Bees' Planakis.

After appearing in Washington state in December, the nightmare insects are expected to reach the New York area, according to the New York Times.

The giant killer hornets, over 5 centimetres long, originate from the forests of East Asia and have a large stinger that delivers a painful toxin that can dissolve human flesh.