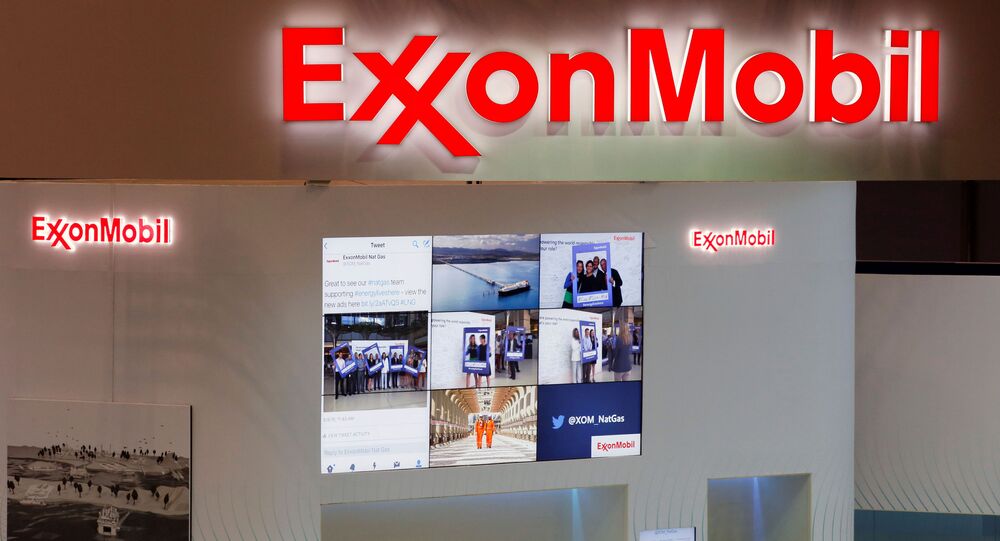 New Delhi (Sputnik): Oil markets globally witnessed historic lows this week as crude fell to record negative levels (-$37/bbl), while Brent slipped to a 20-year low due to the plummeting demand for petrochemical-based energy products – from gasoline to jet fuel.

As fuel prices hit a record low, the value of oil companies has become highly questionable. India’s top industrialist speculates whether the value of the US-based media service provider Netflix being more than the oil company Exxon means that people are getting their priorities right.

Entertainment is worth more than oil? Actually, it doesn’t sound that illogical. Maybe we ARE getting our priorities right... https://t.co/SpKKjEvboF

​Market data suggests that Netflix is now worth around US$195 billion, while oil giants like Exxon Mobil (US$174 billion) and Chevron (US$156 billion) value much less than the streaming platform. Since the outbreak of the coronavirus around the world, Netflix added a record 15 million subscribers worldwide, which doubled the earning of the company between January and March this year, with a growth in revenue of around 26% during that period.

At S&P 500, Netflix shares have jumped more than 35% since January, while oil giants such as Exxon and Chevron have witnessed a sharp fall of around 33%.

As experts and global institutions have been predicting that crude oil prices will not stabilise at around $35 per barrel this year, against an earlier prediction of $53 per barrel, it is feared that the value of global oil giants will further erode.

Netizens have reacted to how entertainment from media providers like Netflix has kept them afloat amid the lockdown. But there are also those who believe this paradigm has an expiry.

As they say “MAKE HAY WHEN THE SUN SHINES” . #Content as #Netflix etc shall rule with #CDN in demand from #Telecom/IT persay when there is #Covid_19 and #lockdown. The demand shall reduce post the phase though it shall be more then prior to #covid and oil price shall rise 🙏🙏🙏

In the battle between the tangible & the intangible, it's the memory that always wins..😌

Oil Lubrication And Frustration inversely proportionate to each other now.

Not for long, Sir.
Only those who can bounce with vigour can win.
Entertainment is shortlived, perhaps.

Sir,I am not concordant with you.Oil is a natural resource,while entertainment is artificial resource.Obviously NATURE WORTHS MORE.

'Netflix Subscription is More Expensive Than a Barrel of Oil': Memes Hit High as Crude Drops to $0